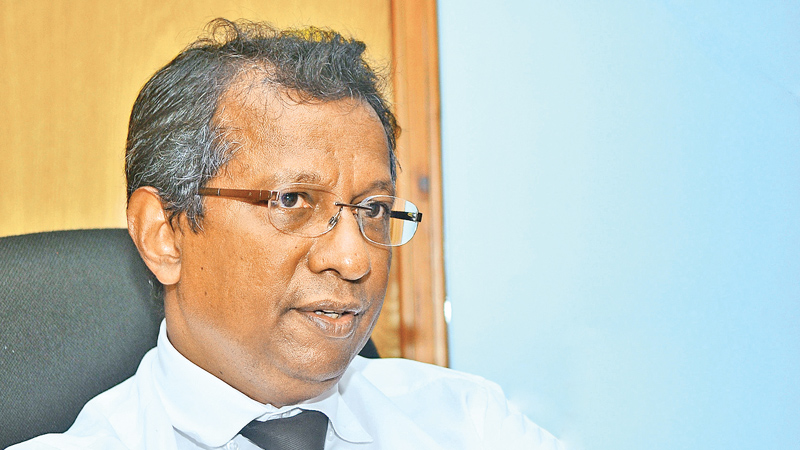 Presently Sri Lanka is at a cross roads as far as sweeping governmental reforms are concerned it really had to face certain hiccups, in its endeavour to introduce structural changes to the existing system of governance, in this context Attorney-at-Law and Civil Society activist, J. C. Weliamuna in an interview with the Daily News expressed his views and emphasised the importance of “marriage between the President (SLFP) and Prime Minister (UNP) remain strong” if the country is to achieve the reforms it has been hoping for many years.

Q. You were part of certain civil society organisations that helped bring this government into power. Over a year hence, are you satisfied with it?

A. Civil Society Organisations played a major role in changing the then government for certain reasons. Not because we wanted to change just the head but because it had instituted state capture and was a dictatorship. So civil society created public opinion for change and those changes did not revolve around economic demands but rather around governance, anti-corruption, the need to address international commitments and to ensure we are a decent society.

It was in this context that civil society played a political role outside its traditional role and yes, I played a role but I did not represent any political party. The whole process towards a change was started with the arbitrary manner in which the then government moved an impeachment motion against the former Chief Justice. Finally, the focus was for an agenda of reforms. One major reform was to introduce a Parliamentary system instead of the Presidential system of governance and that required a new constitution that’s being drafted and then we wanted to ensure that anti-corruption work be given top most priority and that has become a priority after elections but with many challenges ahead of us.

Many people ask why this anti-corruption work is slow. Why we need an FCID?Why are politicians and military leaders being questioned?

The answer is very clear; we never had an anti-corruption mechanism in place in our country.Police have never ever questioned these politically influential personalities before and also these investigations revolved round high level financial crimes involving billions in foreign transactions. Naturally it takes time, even in US or Europe, it takes a minimum or 2-3 years, secondly in any other country, investigators are supported by the public service. But here none of them are supporting the investigations and public servants who had vested interests in the previous regime do not want to cooperate. Therefor it takes a longer time, for everything you have to go to courts and get a court order. And how many investigators do you think we have to investigate sophisticated financial crimes? Not even 50 in the country. We had small units in the police and the Bribery Commission was defunct for a long time. The government had to then establish appropriate instruments to deal with various situations. The first was the formation of the FCID, which is a huge leap forward.Those who are being investigated by the FCID will certainly oppose it but the good in this is, it has broken the backbone of corrupt politicians.

Corruption is a 21st century crime and we cannot combat it using a 19th century mindset we have to think afresh and bring in necessary legal instruments. The government has asked for technical know-how from countries dealing with such corrupt activities, which they are getting now. We have now around 100 investigators in the police and bribery commission together but we need at least another 100, more in my personal view to deal with our own situation.

Ultimately these investigations will end up in trial and God only knows how long that will take in Sri Lanka. A normal complicated criminal trial in Sri Lanka takes up to 10 years from the date of complaint is made appeal unless they are Trial at bar cases which take less than two years. We need to find a way out, to expedite these cases and it is essential that judges and lawyers cooperate to achieve this success.

However there are positive aspects in good governance, you can definitely feel that there is breathing space for democracy. There is media freedom and a RTI, the National Audit Act is completed and I have a feeling it will be presented to Parliament soon.

Then the new Constitution is being drafted, hopefully it will come out in the first quarter of next year, delay in this imperative exercise will only go against reforms.

The other major aspect is reconciliation. There is a path that is being set out nevertheless certain groups are ideologically opposed to it but apart from that the political leadership is on common grounds for reform. This has gone too far, after the war we did nothing for reconciliation and in my view the government in power simply consolidated political power and further suppressed the minorities. Unless you address the need for reconciliation, there is no point in talking about reform.

There is a pre-condition for this I think; the President and Prime Minister who represent two different political camps need to be together. The President has huge problems of infighting within his party and without two thirds many of the reforms cannot be achieved. I think the President is mindful of that politically. The hand of the Executive has to be strengthened even to abolish the Executive. And you can see that the Prime Minister who runs the country is from another party and there are some groups who are fighting each other and misleading their respective leaders. This marriage will depend on how much they will not be misled. We are very mindful of this; we as the civil society activists do not want to see a split. Splitting means we won’t achievemuch needed reforms.

President and PM shouldn’t be misled. Civil society is very critical of groups who are trying to create a split. Who are these groups? Some groups who have ideological biases against each other and some who are in camps that are traditionally, against the other political party.

The second group that can upset the whole reform process is Military Intelligence. In my view, Military Intelligence has a huge vested interest. They did an outstanding job during the war but after that they helped consolidate a political party. State funds and the Military were used to consolidate the Rajapakse regime. Those people are still there, their heads were never rolled and they can mislead the government.

For example, in things like reconciliation, they can easily derail that process and they can also create rifts as national security is very much paramount even today for all of us.

Also don’t forget that the police and military were in the same ministry. Hierarchically, the military came on top, in other democracies; the police takes precedence over others. And the military was dictating all aspects of national security. Now it’s the other way around and there are two ministries. Here misunderstandings are bound to happen and they can be used to create a rift between the President and the Prime Minister.

When it comes to the judiciary, we all know that there are no interference now. They have freedom and after a long time now we have a very independent Chief Justice. But the judiciary is also matters for the people, we have never reviewed the efficiency of the courts and we need to do so. The government also has a responsibility to look into it and Parliament should spend time to make it efficient. Judges performances in Sri Lanka are never reviewed from the day they are appointed till they retire. That is an aspect we are still lagging behind. Particularly after Sarath Silva’s regime which ruined it, you need to review it and it is of paramount importance.

Parliament is actually now discussing many issues now but how productive are they?Are they interested in debating in Parliament or just mud-slinging?. We have to re-look at the institutional frameworks, its happening but pretty slow, there are reasons for it.

Q. Do you think that Civil Society is still having an impact on government decision making?

A. If not for the civil society scrutiny, it would have been much worse. Now you see a balance between the President and PM, perhaps that is why things are slow but there is a control on each other. But civil society has put the government on track to achieve results of better governance.

You can see that even in the bond scam issue, RTI, and selection of people to independent commissions. There is also fortunately now, though not regularly, civil society being consulted by the government at a high level, which never occurred before.

That can be maintained only by the government not civil society.

Q. President’s recent comments on the FCID, CID and Bribery Commission throws into doubt the credibility of the independent commissions?

A. I have three comments on that. That speech in my view was ill advised. Secondly, politicians can say anything but I think it is too far-fetched to say that the independent commissions would go by the comments made by politicians; they can make one comment today, another tomorrow. Politicians address the issues though a political angle.

Q. These comments were made not just made by a mere politician, he is the President?

A. No I meant that the President as a politician made that speech and thus it was ill advised. No doubt. That basically poses huge issues, if these commissions are not working there needs to be a system of accountability. This is a good time to look at that, you cannot simply appoint an independent commission and not see its progress. On the other hand, we didn’t want any politicians to interfere with investigations, but to a certain extent they are too under pressure from the people to get things done.

The remark that these institutions are politically influenced was dangerous andknowing these investigators in courts, I don’t think that it is correct. I have no doubt that the President will understand this.

Q. But doesn’t this also make the people question how credible our law and order institutions are?

Q. Is there a breakdown of morale among those who are carrying out these investigations after this?

A. Yes this was demoralizing but I hope they have gained some independence over the last year and would go on investigating. Do you think the FBI would stop investigating because of a speech made by President Barak Obama? I don’t think it will happen but this will be used by politicians to go against them. Government has to restore their dignity.

Q. It seems that throughout our history we have been finding it hard to prosecute those in power?

A. Not entirely true, we have had some success stories. The difference is that after 8 January 2015, they are being probed and prosecuted. There are about 12 main cases filed and according to the police there are some major, extremely sensitive cases like the Thajudeen case, Ekneligoda Case and Lasantha’s are at their tail end. Those cases were swept under the carpet and it took a long time to restart it. Where will it lead? If they find material they will be prosecuted. Now there is no one to tell the police and Attorney General not to.

Having appeared in Ekneligoda case, the investigation would have been concluded in six months if the military had cooperated. Until now they did not cooperate. Unlike other suspects, they were also favoured and the government did not want to become unpopular. They are not investigating into terrorists, but an ordinary citizen. You have to be happy to that we have police officers who are willing to investigate and civil society we have to do our best to protect them. It is clear now, that the military intelligence knew what happened. The only remaining part for investigation now is who gave the order?