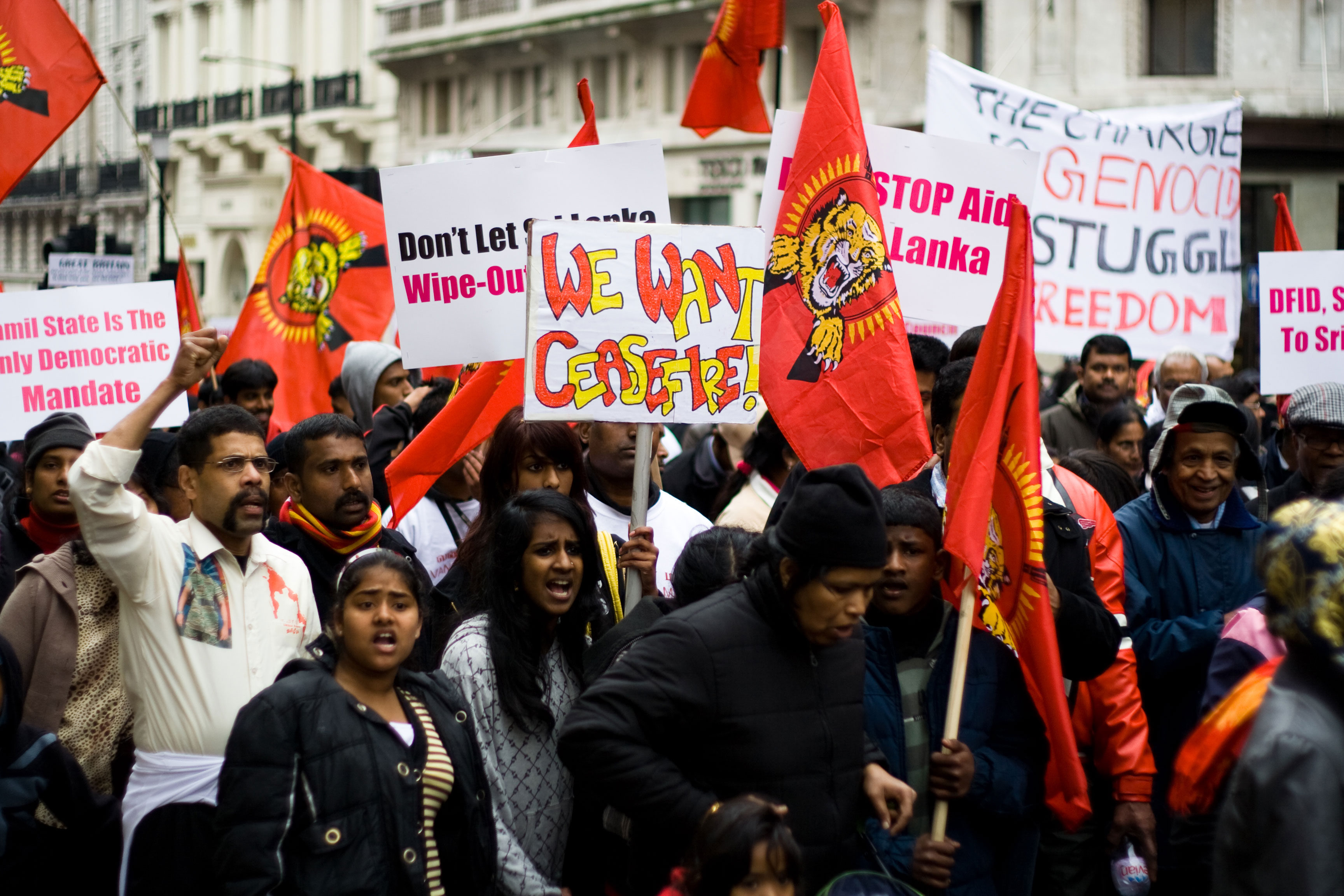 A week after Sri Lankan High Commissioner to Malaysia Ibrahim Sahib Ansar was attacked at the Kuala Lumpur Airport by a group of five persons believed to be the sympathizers of the now defunct LTTE, a meeting attended by the Tamil National Alliance Parliamentarian and the Leader of the Illankai Tamil Arasu Katchchi (ITAK) Mavai
S. Senathiraja came under toxic gas attack in Paris last Monday (12).

Despite France proscribing the LTTE, the political activities of the outfit were carried out extensively in Paris until its collapse in 2009.

Rivalry among the pro-LTTE factions even led to gun fights and killings in the French capital a few years ago.
However, the manhandling of the Sri Lankan envoy at the Kuala Lumpur Airport last week and the toxic gas attack at the meeting attended by Senathiraja in Paris last Monday have highlighted the elements which were still active in creating obstacles to the efforts aimed at strengthening peace and reconciliation in the island.

The Sri Lankan High Commissioner in Malaysia was attacked in a merciless manner when he was at the Kuala Lumpur Airport to receive former Sri Lankan President Mahinda Rajapaksa who arrived in the Malaysian capital to attend a conference in Kuala Lumpur.

It was nearly a week after the Kuala Lumpur incident, another group in French capital Paris had carried out a toxic gas attack at a meeting where the ITAK Leader and the TNA Parliamentarian Mavai S. Senathiraja was speaking.

The Paris meeting was arranged by the World Tamil Cultural Movement and one of the organizers of the event was Mavai S. Senathiraja’s brother S. Thangaraja.

The TNA Parliamentarians were given a warm welcome when they travelled in the European countries during the period US sponsored UNHRC resolutions were brought against the Mahinda Rajapaksa regime.

Protests were staged in various forms against the Rajapaksa regime soon after the end of the war in 2009, in Europe.
The attack at the meeting attended by the Senathiraja has clearly indicated that the five-man gang which had entered the Paris meeting hall had shouted slogans against the TNA and even sprayed toxic tear gas at the audience.

The five men had arrived in a car and started disturbing the meeting when Senathiraja commenced his address.
Senathiraja began his speech saying since the war came to an end in 2009, the TNA remained with high hopes in finding a political solution to the Tamil question. The intruders at the meeting started immediately shouting that with the end of war only TNA aligned with the government and started destroying the Tamils.

The five-man gang also started spraying toxic gas at the meeting making the audience to leave the auditorium. Following the disturbance, the organizers of the meeting while ensuring the safety of Senathiraja were compelled to call the Police to control the situation.

The five troublemakers had vanished from the scene before the arrival of the Police.
It is interesting to note that when Senathiraja was heading the youth wing of the ITAK under the leadership of late S.J.V. Chelvanayakam and his able lieutenant late A. Amirthalingam, several demonstrations were staged by Senathiraja in support of the ITAK and Senathiraja was even imprisoned in his younger days several times in the sixties and seventies.

Similar disturbance occurred when another TNA Parliamentarian M.A. Sumanthiran addressed a meeting in Sydney Australia a year ago. Sumanthiran was prevented from addressing the meeting by a group of people who were shouting slogans against the TNA as well as the present government pointing at the failures in expediting the process to seek justice for the war victims.
When efforts were mooted to overthrow the Rajapaksa regime, several Tamil expatriate organizations such as the Global Tamil Forum (GTF) extended their support in creating good governance in the island.

However, while the protests staged against the TNA Parliamentarians abroad with the completion of the present government’s one year period highlighted the genuine feelings of certain groups seeking justice for the Tamils in the island, certain protests are the reflection of the split that emerged on the Tamil political scene in the island.

The cracks seemed to appear in the TNA in the past one year with Northern Chief Minister C.V. Wigneswaran and the TNA Leader R. Sampanthan being at loggerheads and it was evident when they met UN Secretary General Ban Ki-moon separately, in Jaffna, recently. So the crisis situation within the TNA in the island has now begun to reflect abroad with ridiculing the Tamil political campaign as well as undermining the efforts in dealing with the political and the humanitarian issues in the North and the East
Ceylon Today