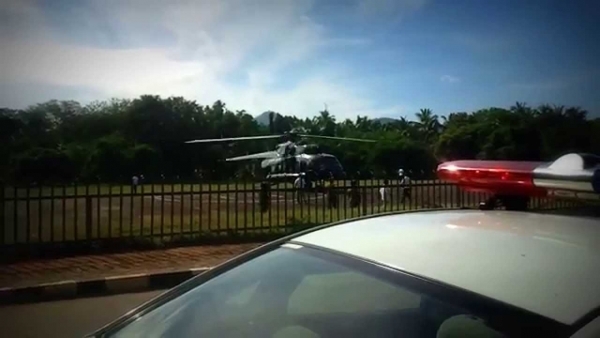 A 26 year old was arrested by Bambalapitiya Police for recording the helicopter of President Maithripala Sirisena as it landed at Police Park Grounds yesterday afternoon.

This occurred when the helicopter landed at the ground when the President returned from Ratnapura.

The arrested individual is a driver residing in Wellawatte.

He has told police that he recorded the incident as he liked it.

The CID is conducting investigations.