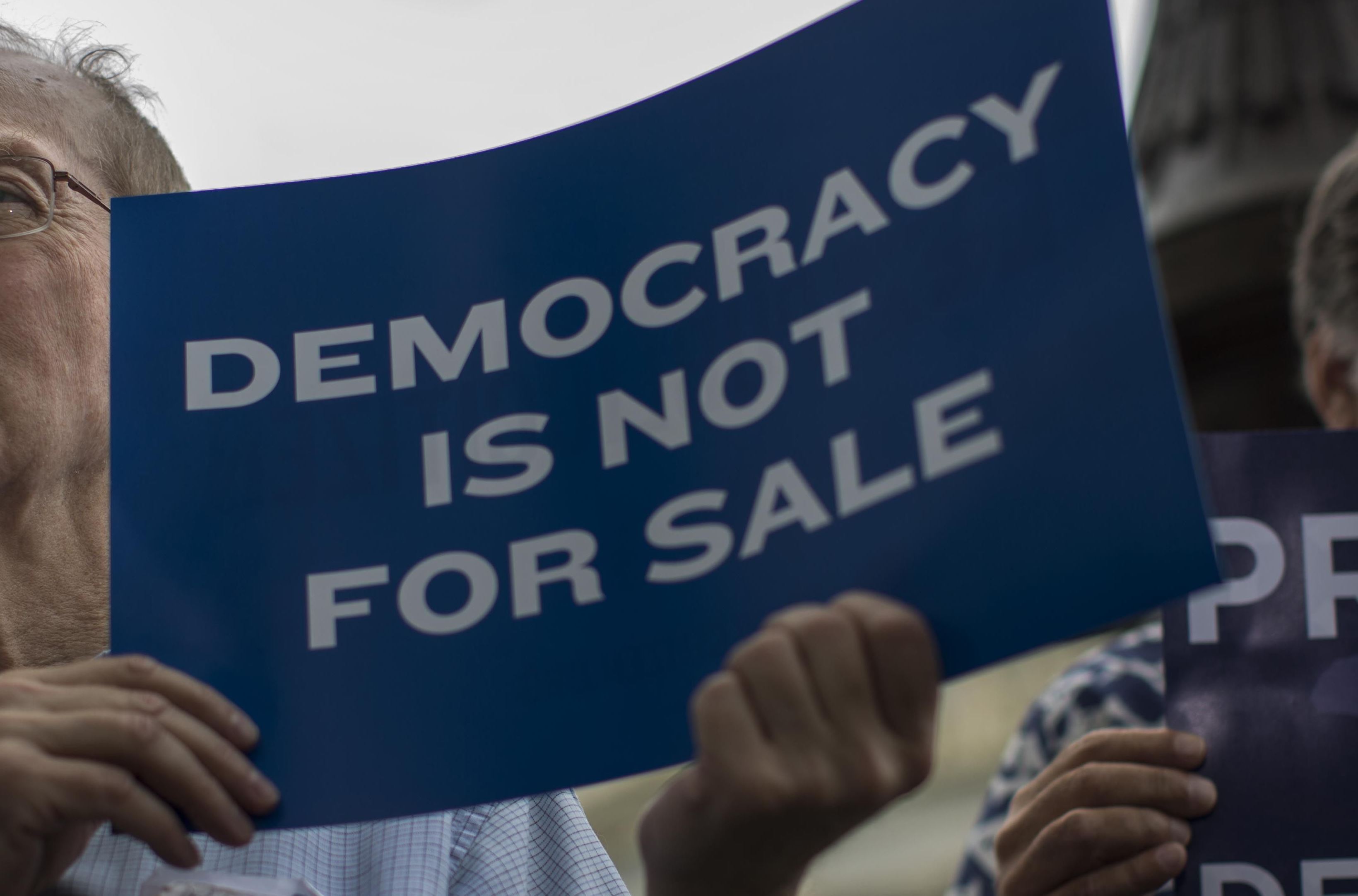 We thank Minister Malik Samarawickrama for confirming our story. He should have announced it long before the Sunday Times broke the story. We stand-by every word in our story. 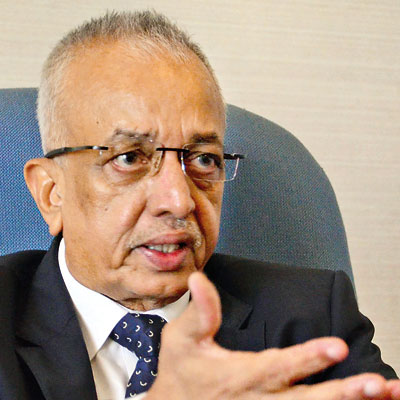 While we are happy that the Minister has been forced to come out publicly about his ministry hiring a US firm to lobby, an issue that is the subject of a Presidential Commission of Inquiry for the same exercise during the previous Government, we say that it is the Minister who is economic with the truth about the credentials of the hired US firm and the agreement signed. Readers are invited to read the entire text of the agreement in our website www.sundaytimes.lk – something the Minister ought to have tabled in Parliament, and before we ran the story last week exposing the deal.
Readers are also informed that it was the SundayTimes that first exposed the hiring of questionable US lobby forms by the previous Government.
(Please see the same website archives of http://www.sundaytimes.lk/150920/news/millions-paid-to-us-lobby-firms-to-do-basic-embassy-work-164927.html

Our story last week did not go into the merits –or de-merits of Minister Samarawickrama’s Ministry hiring a US lobby firm. It only broke the story. However, the issue whether it is good or bad is dealt with below, separately.

Development Strategies and International Trade Minister Malik Samarawickrema seems to be developing a penchant for behind the scenes manoeuvrings and using a familiar refrain of the previous Government – the media is “irresponsible”, telling “untruths” and not just that, they are even sabotaging the economy. It was “traitors” then. It is “saboteurs” now.

When the Sunday Times revealed in its front page lead story on July 31 headlined “H’tota and Mattala: China declines Lanka’s request.” He got this story denied through the Government Information Department. When we reproduced the minutes of the meeting of the Cabinet Committee on Economic Management (CCEM), despite his accusation that “we are disrupting the economy,”we proved him wrong in our issue of August 7 and made clearer that our account was accurate and factual. The Minister sulked but remained mute.

Now, Minister Samarawickrema has made another statement over our front page lead story last week headlined, “Malik hires another US firm to lobby for Lanka.” Strange but true, it was not copied to the Sunday Times. Only two television networks – the state run Independent Television Network (ITN) and Derana aired it. Not satisfied, he went to Parliament and made a statement on Friday. We publish on this page his statement to Parliament with our comments below each paragraph.

I would like to make the following statement on the article which appeared under the heading ‘Malik hires another US firm to lobby for Lanka’ which is based on incorrect and misleading information in the Sunday Times on 21.08.2016

1. It appears that the mere intention of the article is to unjustifiably make a comparison of the previous government retaining different lobbying firms in the US as an image building exercise of the country with the recent agreement with ST&R. This agreement with ST&R is purely made on an economic rationale to obtain expert assistance to the Ministry of Development Strategies and International Trade to pursue the objective of maximizing Sri Lanka’s access to the United States market at a juncture the country needs enhanced opportunities for trade.

RESPONSE: When the Government keeps saying that the US, the West and the International Community have praised the new Government in Sri Lanka and wants to do business with it, and that the President was welcomed by President Barrack Obama and other world leaders on the side-lines of the UN and G7 summit, Minister Samarawickrama concedes that US lobby firms are still needed to maximize Sri Lanka’s access to US markets. Is there some mismatch in what the Government says and what it does? These were the same arguments put forward by the previous Government to justify hiring US lobby firms, now the subject of a Presidential Commission of Inquiry for money laundering.

There has been a regular parade of senior US officials to Colombo post January 2015 and the Obama Administration has revised US policy towards Sri Lanka already. All this is done by the Executive Branch of the US working with the Senate and the House of Representatives (Congress) because it is also in US national interest to be good with Sri Lanka. So, is this lobby firm being paid to convince the converts, or shall we say, sing to the choir?

2. The scope of engagement as per the agreement signed, after obtaining Attorney General’s approval is as follows;
“The party represents the Ministry of Development Strategies & International Trade in connection with representation of Sri Lanka in Washington, D.C. before government agencies and the U.S. Congress focusing efforts on educating about the peace process in Sri Lanka; exploring options for greater economic and commercial ties between the U.S. and Sri Lanka; identifying and expanding options for market access of Sri Lanka goods into the US; expanding the Sri Lanka Caucus and building a friends of Sri Lanka caucus in the Congress; assisting in visiting delegation agenda development; promptly notifying of any Congressional or Administrative action of importance to Sri Lanka; preparing brief analyses of developments in Congress and the Executive Branch on particular issues of concern to Sri Lanka; interacting with the interested US stakeholders and advising Sri Lanka on its free trade negotiations with other partner countries and possibly the United States.”

3. The said article in the Sunday Times refers to an engagement of a firm for “nonexistent peace process part of the deal” Therefore, it is clear that this statement in the article is incorrect and totally misleading. The scope of engagement includes lobbying of US Congress with a view to introducing and passing a bill to have conflict affected areas and lagging areas of our country as “qualified industrial zones” and thereby obtaining preferential market access to goods produced in these industrial zones.

4. This contract with the US firm ST&R has been entered into the fullest transparent manner. The proposals have been evaluated by the Sri Lankan Embassy in the US and their recommendations have been obtained. The proposal to enter into a contract with this firm was endorsed by the Cabinet Sub Committee on Economic Management (CCEM) on 25.05.2016 and subsequently approved by the Cabinet of Ministers on 14.06.2016 after submitting a comprehensive memorandum which gave all details of the objectives, output of the contract, type of engagement with a comparison of costs among the offers.

It is untrue to say that the Foreign Ministry is unaware of the engagement, as it has been presented to the Cabinet of Ministers and the decision approving the recommendations of the Cabinet Memorandum has been sent to relevant Secretaries including the Secretary, Ministry of Foreign Affairs. Attorney General’s approval has been obtained for the Agreement before signing.

RESPONSE: We said nothing about who did, or did not evaluate the agreement, nor whether the cabinet did, or did not approve the agreement, nor if the Attorney General approved this agreement. In fact, we did say that the Cabinet Sub Committee on Economic Management (CCEM) “gave the nod” to this agreement; and we stand-by our story that the Foreign Ministry was not aware of this agreement when we made inquiries. From the Minister’s own remarks it seems that he has been dealing with Sri Lanka’s Ambassador in Washington DC directly. The Minister’s own statement shows that the Foreign Ministry should have been aware of this agreement only because it has been approved by the cabinet and the decision been sent to the Secretary, Ministry of Foreign Affairs. Clearly, the Ministry of Foreign Affairs has been otherwise kept out of the loop and the agreement has been signed by his Ministry Secretary, not the Secretary, Foreign Ministry. And furthermore, if the cabinet decided on this agreement on 14 June why was it not announced and the Minister make this statement to Parliament until the Sunday Times broke the story last week (August 21). But the issue here is not if the cabinet approved this agreement or not; it is whether this Government is merely doing what the previous Government did in hiring questionable lobby firms in the US, something they howled at when they were in Opposition.

This is whilst a more puzzling event played out in Washington DC months earlier. Sandler, Travis and Rosenberg were already playing the role of publicists for Sri Lanka. On May 2 they issued a news release as our montage on this page reveals. If the agreement was signed on 25 May, 2016 how was Sandler, Travis and Rosenburg able to say all that they said on 2 May, 2016.And why so? Questions; Questions.

Minister Samarawickrema’s statement does not make clear whether there was a transparent, competitive process adopted to pick on this US firm. He does not say who asked the Sri Lanka Embassy in Washington DC to evaluate this agreement and why the Sri Lanka Embassy in Washington DC and not the Foreign Ministry in Colombo should have undertaken the assignment. Our information is that this lobby firm ST&R is a firm specialising in Customs cases in the US and is not among the front runners in the lobbying industry. If the cabinet has indeed approved this agreement, it might want to review it even at this late stage.

Everyone in the US knows that there is a Presidential election in the US this year and a new administration, with new players are going to take office in 2017. Why is the Government hiring a lobby firm when Government in the US is virtually shut down right now. All members of the House of Representatives and a third of the Senate are up for re-election. A review of the sittings of the US Congress for the rest of the year show that Congress is hardly in session. So, what will ST&R be doing till December 31stwith an outgoing President and a lame duck Congress.

5. Funds for this contract is to be obtained from the national budget from the allocations with Parliamentary sanction for the Ministry unlike in the case previously that such lobbying firms have been paid through the Central Bank costing the country around Rs 1.6 Billion (approximately US $ 11.3 Mn. The total cost of the Agreement with ST&R is US $ 630,000 (approximately Rs. 91.3 Mn).

RESPONSE; Not relevant to our story
6. Services of well connected professional advocates, often lawyers who have the access to various powerful networks are hired, to argue for specific legislation in decision-making bodies like the United States Congress and this is the standard practice in the USA. ST&R being a prominent trade services provider with multifaceted experience in engaging in assisting governments to pursue economic growth through enhancing opportunities of trade has been properly assessed by Sri Lankan Embassy in the USA. The previous engagement of the firm ST&R is considered an added qualification.

In view of the above facts, I inform Parliament that the baseless interpretations given in the above paper article is false and such information seriously misleads the public.

Hon Speaker, I am also a strong advocate of Media Freedom. However, the media should not abuse this freedom. Before allegations are made against Politicians, Public Officers and even Businessmen, they should be contacted and clarification obtained before damaging & inaccurate articles are published.

RESPONSE; This brings us back to our earlier response as to why the Government needs to hire a lobby firm in the US to do the work of the embassy there when all these world leaders praise Sri Lanka’s new leaders. Is this an admission that what the Government claims is merely self-aggrandizement and that it still needs lobby firms to get a job done in the US.
Minister Samarawickrama has not told the country who these people are who run the firm hired by his Ministry, Sandler, Travis and Rosenburg PAC (ST&R). And if he knows any one of them, himself.