HomeNewsSriLanka May Take Legal Action Against Media For False Reports 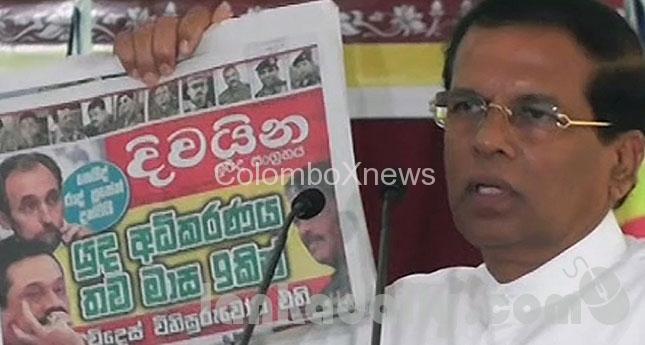 Sri Lanka today warned of a legal action against media which would carry inaccurate and distorted reports that may cause divisions in the country and disrupt reconciliation process with the minority community.

Ranga Kalansuriya, Director General of Media at the Government Information Department said that certain media have been carrying incorrect information with the aim to cause divisions in the current reconciliation environment.

He cited a report which said that a war crimes tribunal would be set up soon with the participation of foreign judges as suggested by the UN Human Rights Council resolution of last year.

President Maithripala Sirisena had also taken exception to the same lead story which appeared on a Sunday Sinhala language newspaper.

Read the statement in full: 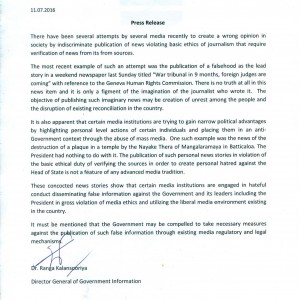