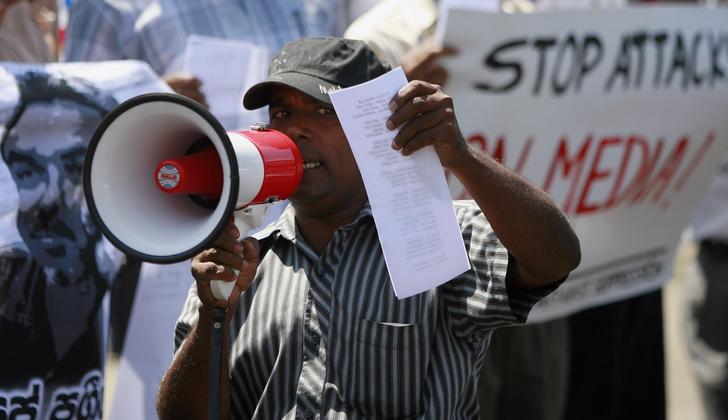 NPC Secretary Ariyadasa Cooray said the NPC informed IGP Jayasundera yesterday in this regard and the report will be received in the near future. The Free Media Movement (FMM) has also condemned the statement made by DIG Perera against journalists at a press briefing at the STF Headquarters. Issuing a statement, they also urged the government to conduct an independent investigation in this regard and take action against the STF Commandant.

The DIG said dealing with media personnel acting against the STF is nothing to the STF which controlled the country’s underworld.

He said the Army, Navy and Air Force had taken care of important persons who went against them and that is why the media did not utter even a word against them.

DIG Perera also alleged that STF officers who seized the heroin haul recently based on their own intelligence network, did not receive proper recognition. The statement made by DIG Perera posed a great threat to the security of professional journalists, the FMM said in their statement and urged the authorities to take action in this regard. 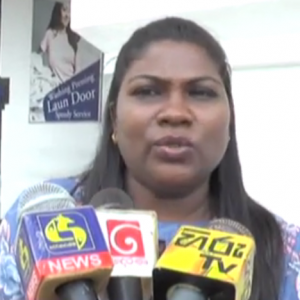 Acting Director of Police Media Division SSP Priyantha Jayakody said Journalist Indika Ramanayake had been summoned to the Police Headquarters to record a statement this morning regarding the incident.

He said IGP Pujith Jayasundara had appointed Senior DIG in charge of Administration Gamini Navaratne to conduct an internal inquiry into the incident where the STF Commandant DIG Ranjith Perera has made intimidating remarks on journalists at recent press briefing held at the STF Headquarters.

SSP Jayakody said, apart from the internal inquiry being held under the supervision of the Police Chief, the National Police Commission is too conducting a separate probe into the matter.

Meanwhile, Lankadeepa journalist Indika Ramanayake told the Daily Mirror that a one-hour statement was recorded from her yesterday. Snr. DIG Navaratne had asked about a comprehensive description on what had happened at the day of the STF press briefing.

She said the STF Commandant had made an intimidating statement on journalists specifically referring to two newspapers, Lankadeepa and Lakbima claiming that they had been constantly slinging mud at the STF during the past two years. (Kurulu Koojana Kariyakarawana)
DM