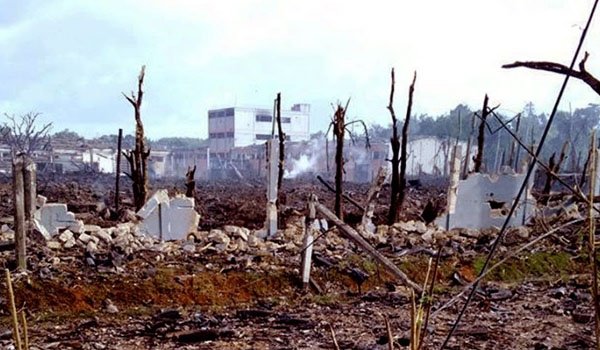 Prior to the arrest of Senior DIG Anura Senanayake over the murder of Thajudeen, a special discussion was held at Gotabaya Rajapaksa’s house with the participation of the lawyers of the Rajapaksas, according to reports. Anura being an officer close to Gotabaya, it is no secret Anura acted on Gotabaya’s orders. The arrest of Anura caused immense anguish and shock to Gotabaya.

Last weekend posters were awash across the country that Commission of Bribery and Corruption Director Dilrukshi was looking for a kendara (right time) to arrest Gotabaya. On Saturday, when such posters were being pasted, Minister John Seneviratne made a proposal that Gotabaya shall be made the second leader of the SLFP. Gotabaya also said he is prepared to work with Maitripala Sirisena. It was John who promoted the view that Gotabaya shall be given a prominent position in the SLFP.

About a week ago, when John was having discussions with several ministers including S.B. Dissanayake and Dilan Perera, he had insisted that Gotabaya should be made the second in command of the SLFP. In addition he had stated, protests must be lodged against the government taking measures antagonistic to the forces. Maithri remaining silent despite these announcements made by John is most perplexing. When an MP who is pro-Maithri had intimated to the latter of John’s enunciations, Maithri had replied, nobody made such a proposal to him.

It is natural for the Police to get afraid when trying to expedite investigations against or arrest Gotabaya, a powerful individual who is likely to be appointed as the SLFP’s second in command with the consent of Maithri.

It is a matter for conjecture whether Gotabaya’s propaganda campaign over the weekend was aimed at daunting the police. At any rate, Gotabaya was in the ready to inaugurate the national campaign for rescuing the forces, on the 6 June. With this in view under the chairmanship of Gotabaya, a meeting was organized by the national campaign for rescuing the forces at Sri Sambuddhathwa Jayanthi Centre Auditorium, Colombo.

The day previous to this meeting the Kosgama Army camp armoury exploded, and this explosion is shrouded in mystery. The pro-Rajapaksa website that gave publicity to the national campaign to rescue the Forces claimed this explosion was caused by the LTTE, while Gotabaya said, the Army Commander should hold himself responsible for this.The situation is fraught with grave danger.

The media reported that Prime Minister Ranil Wickremesinghe has called for a list of names of those appointed by Gotabaya Rajapaksa to government institutions as though he had understood the perilous situation. Ranil has called for this list at a time when the State officers were threatening to stage a strike against the summoning of officers to the FCID in relation to the corruption committed during the Rajapaksa regime. It is not sure whether Ranil is suspecting there are officers of the Forces behind these threats. When the FCID is readying to probe into the corruption of the officers of the Forces, posing these threats cannot be an accident.

While Gotabaya is facing most grave charges in regard to the supply of weapons to Avant Garde Co., the Additional Secretary of the Defence Ministry Damayanthi Jayaratne who gave the orders fleeing from the country is most baffling and mysterious. When the presidential commission investigating frauds and corruption summoned her, she did not respond. After she was sent out from the Defence Ministry, her securing the post of Additional Secretary of the ministry of Vajira Abeywardena, too, is most intriguing. It is well to recall Vajira is tainted with allegations of having done transactions with Avant Garde Co. Besides it was Vajira who took Pelpita facing charges of corruption to his ministry. Unbelievably, Damayanthi Jayaratne who was absorbed into the ministry of Vajira was granted leave by the Ministry Secretary and permitted to go overseas while a warrant had already been issued on her by the presidential commission inquiring into frauds and corruption.

While an investigation into corruption was being conducted against him, Gotabaya organized a protest campaign in front of the Commission inquiring into allegations of bribery and corruption. Thereafter, a restraining order was obtained from Court against the investigations pertaining to him and his arrest. Ranil criticized this verdict which was delivered over a year ago. The government that is aware of the dangerous hide and seek game Gotabaya is playing, seems to be in a spot.
Ceylon Today