by Richard Davies in Asia, News.

An area of low pressure above Sri Lanka has caused heavy rainfall across the country since 14 May 2016. Some locations saw over 350 mm (13.77 inches) of rain fall in 24 hours. Floods and landslides have caused havoc in as many as 19 districts of the country, including around Colombo. Strong winds, lightning and falling trees have also caused major damage.

Sri Lanka’s Disaster Management Centre (DMC) said in a report yesterday that at least 8 people have died in the severe weather since 13 May, with at least 9 more still missing. One person died in floods in Wattala, Gampaha, Western Province. Four of the deaths occurred after a landslide in Dehiovita, Kegalle, Sabaragamuwa Province.

The other three victims died in separate incidents; one as a result of a fallen tree, another after lightning strike, and the third as a result of electrocution from fallen power cables.

DMC officials added that 2 people are missing after a landslide in Imbulpe, Ratnapura, also in Sabaragamuwa Province. 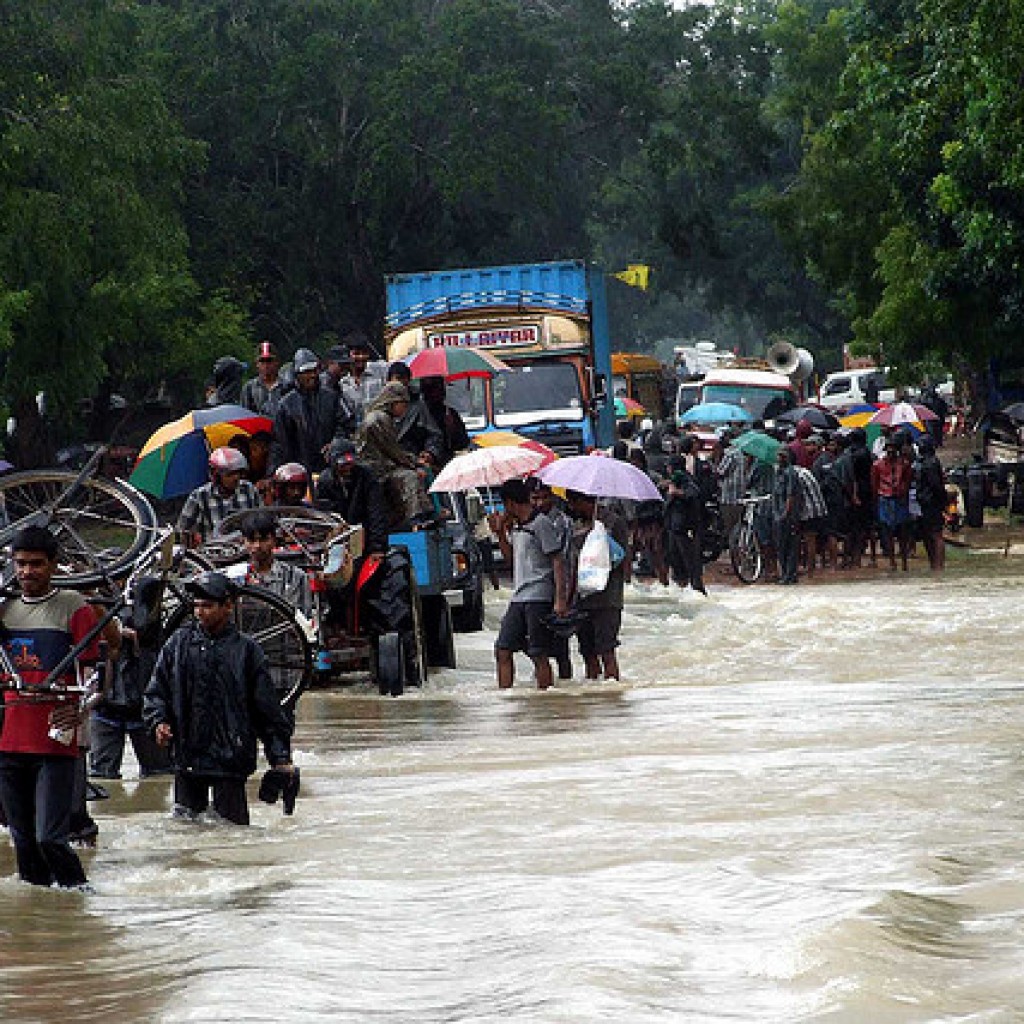 The Sri Lanka Army say that they are carrying out search and rescue operations in Ilukwaththa, Ranmalaka, Pilimathalawa, Kandy District, where a landslide destroyed two houses, burying six people, late on 16 May 2016.
Flood Defences

Teams from Sri Lanka navy have been drafted in to help shore up flood defences, including around the country’s Parliament Complex, which was threatened by floods from the rising levels of Diyawanna Lake.

Sri Lanka’s Department of Meteorology said earlier today the situation I likely to improve over the next 24 hours, although some further rainfall is expected. In a statement today, they said:

“Showers or thunder showers will occur at times in the Northern, North-central, North-Western, Western, Central and Sabaragamuwa provinces and in the Galle and Matara districts.

“Heavy falls (more than 100 mm) are likely at some places.
Showers or thunder showers will occur at several places elsewhere.

“There may be temporary localized strong winds during thundershowers. General public is kindly requested to take adequate precautions to minimize damages caused by lightning activity”.

Tags: Floods in Sri Lanka, Sri Lanka
Previous post US Ambassador on RTI, Good Governance, Truth Seeking and Justice in Sri Lanka
Next article In Sri Lanka, I am Considered a Criminal Just Because of Who I Love - Shyam Selvadurai