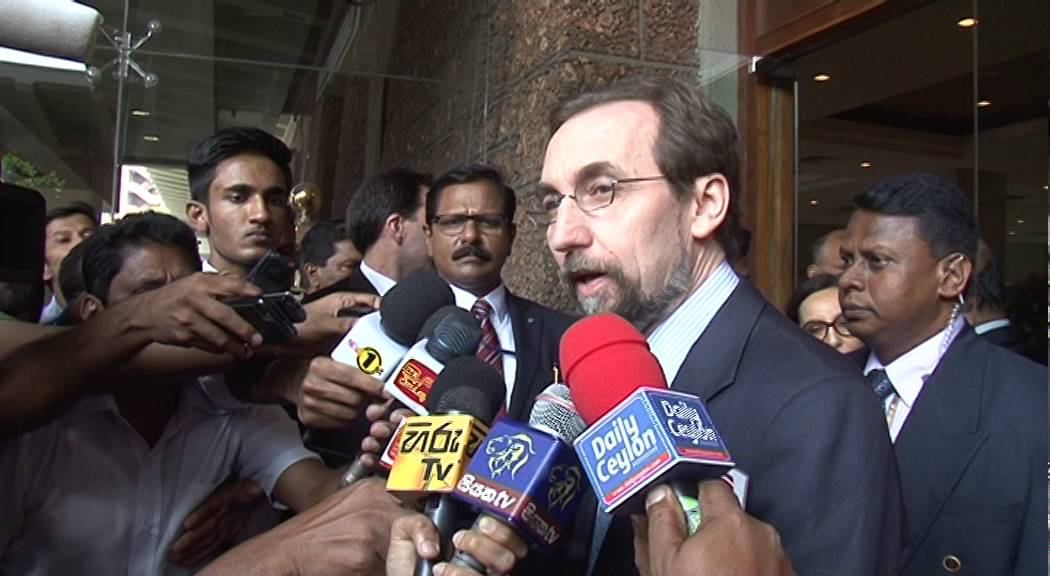 This week, the UN’s top human rights official, Zeid Ra’ad Al Hussein – the High Commissioner for Human Rights – is visiting Sri Lanka. He will see a country that has changed considerably since his predecessor Navi Pillay came to the island in 2013.

Since then, the increasingly authoritarian government of President Mahinda Rajapaksa was voted out of office. The new government, led by President Maithripala Sirisena, has taken notable steps to change Sri Lanka’s course on human rights. The climate for freedom of expression has improved and some of the key rights institutions are no longer firmly in the hands of the President and his closest confidants.

As someone who has worked on Sri Lanka for many years, I was struck during my last visit in January by how much the atmosphere had changed in recent months. In coffee shops around the capital Colombo, I and fellow activists could talk openly about pressing rights issues – something most people would have been too scared to do under the previous government.

But even if Sri Lanka in many ways is a better place today than a few years ago, it is still a country living under a cloud of the devastating armed conflict with the Tamil Tigers that ended in 2009.

The decades-long civil war culminated in the months leading up to May 2009, when government forces led an unrelenting assault through the Tamil Tigers’ strongholds in the north. I interviewed Tamil parents scared of forced recruitment by the Tigers who hid their children in wells. Thousands of families suffered months of torment as they were caught up in the bombing, many forced to dig bunkers and drink saltwater to survive. I have spoken with survivors dazed and traumatised from the warzone.

Last month, I was standing in an eerie landscape of craters and debris along a beach near Nandikadal lagoon  where the conflict had raged six years ago. I was struck by the realisation that families had been forced to build their bunkers with wedding sarees – a precious family heirloom. In the midst of the debris you could still see what remained of the sarees now bleached pinkish-white by the sun – scattered on the sand like a funeral garland for all the dead and missing.

You don’t have to scratch the surface far in the North to feel the open wounds of war. In PTK in the shadow of an ugly government-sponsored ‘Monument of Conquest’, victims’ families talk of on-going surveillance.  Trauma and distress is widespread. Displaced families – still waiting for land to be allocated – are struggling to put food on their tables. ‘We need help, we need support with livelihoods’ a common need asserted across Mullaitivu district.

The legacy of impunity in Sri Lanka is daunting. Almost six years after the conflict’s end, not a single person has been held to account for the atrocities that took place. But for the many of us who have campaigned for victims’ right to truth and justice, last year saw a few developments that offer genuine hope.

In September 2015, an authoritative UN report was released documenting alleged serious violations and abuses of human rights by all sides during the armed conflict. A few weeks later, at the Human Rights Council in Geneva, a resolution co-sponsored by the Sri Lankan government was adopted welcoming new commitments by the government to investigate allegations of violations and abuses.

Crucially, the resolution affirmed the importance of the participation of international judges, defence lawyers, prosecutors and investigators to ensure the credibility of the justice process. Previous governments repeatedly failed on this account. The national inquiries and commissions that were established before have been little more than window dressing for the international community. The presence of international experts is key to ensure that victims and family members get the justice they deserve.

But despite the promise the resolution offers, there remains a mountain to climb.

The first step towards addressing the legacy of the conflict must be a genuine consultation process that involves listening to victims and get their opinions on the best way to get to justice. Those affected by the conflict can be found across all of Sri Lanka – families in the south still  wait for the truth of the disappeared, Muslims have suffered from land expulsions by the Tamil Tigers, while the war has driven many communities across the country into deeper poverty.

The visit of Zeid Ra’ad Al Hussein to Sri Lanka offers the perfect opportunity to ensure that consultations are proceeding in an effective and transparent manner, and to ensure that the voices of victims are genuinely heard and not ignored. It is also essential that other building blocks – notably law reform and credible witness protection –are put in place as soon as possible.

The High Commissioner must press the government to be ambitious and ensure that all justice, truth and reparation mechanisms under consideration are developed effectively and inclusive of all affected communities. Many key lessons can be drawn from other countries that have emerged from conflicts.

Sri Lanka has come a long way in just a few years. There is commitment to change –many  individuals and community groups are involved in reconciliation projects ranging from theatre initiatives to disability awareness. But there are still question marks about the government’s commitment to the truth and justice process. The visit of the High Commissioner is an important moment to remind the government of its promises and ensure that this process stays on course. The memory of those killed and disappeared will remain an open wound for family members until this happens. This week, High Commissioner Zeid is in a unique position to raise the hopes of the tens of thousands who have lost loved ones – we count on him to make the best of this opportunity.