The TV anchorman, who revealed his temptation at hurling a ‘gadol baage’ – half brick – on Sri Lankan operatic soprano Kishani Jayasinghe, has been hit by a ton of bricks. 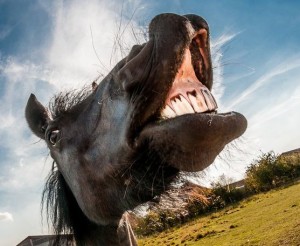 Kishani Jayasinghe, recipient of high international acclaim as a soprano, gave a spell-binding rendition of the old Lankan favourite Danno Budunge in operatic style at the Independence Day cultural celebrations on Galle Face Green, which was not to the liking of a Sinhala TV presenter. It was like ‘balaliyan’ – cats – mewing out at night which makes him get out of the house and hurl ‘gadol baages’ at the offenders, he said among other things.

Lovers of music as well as those not having even a nodding acquaintance of western opera have been enraged at what they consider to be gross, crude and uncouth remarks he made. Many who heard Kishani on TV on the GFG thought it was a delightful and refreshing performance of the old favourite. Of course there are many defenders of the critic in the social media who have openly agreed with his views.

Whether the criteria for the criticism was based purely on music or being viewed through a political lens – as it happens in many instances in Lanka – is also a matter for consideration. Although the authorities of the TV channel have apologised for the remarks and resorted to other punitive actions against the presenter, the TV channel and some of its journalists being identified – wrongly or rightly – by a section of the public with a particular brand of politics has resulted in this issue being considered in the context of politics.

As a fellow journalist, we also view this issue as one of freedom of expression. However offensive the criticism may have been and it was also related to the celebration of the country’s Independence, he has the right of the freedom of expression. In democracies critics of the arts say ruder and cruder things. And they have the right to do so. It may be the Freedom of the Wild Ass but that freedom being protected is a virtue of democracy.

Mewing cats and throwing bricks at them being an issue of the Clash of Civilisations or Cultures within the so called Lion Race has also to be considered.

A fellow observer of this Clash of Civilisations summed it up as follows: To a great many Sri Lankans, a ten rupee note is of greater significance than a musical note and Luciano Pavarotti is confused with an Egg Rotti, Kotthu Rotti or other rotti. To the minority English speaking elitists, Amaradeva is an ancient Sinhala monarch while Jothipala songs drive them plain nuts.

There is the ‘Rural, unspoiled, pure Sinhala culture’ which has a Sinhala Centric View of the Universe and resists anything foreign particularly from the West. They want to go back in time after 1505, before the Portuguese arrived to the glorious days of the Sinhala kings who had retreated down the millennia from Anuradhapura to Colombo. Then there are the Western oriented, English speaking elite whom Philip Gunwardena described way back in the fifties as those of the ‘Thuppahi Culture’. Most of them have not stepped into the countryside apart from Wild Life Parks and the tourist hot spots. East is East and West is West……. This is after 68 years of Independence.

Since the whole hullabaloo is centered on the criticism of music, an inquiry into whether the TV presenter in the dock is a music critic or not is relevant. Apparently he is not. On the other hand are there recognised music critics – Western or Eastern – quite apart from the Great Pretenders, the ‘Kokatath Thailaya’ doctors?

We recall only one such critic in the late sixties, Elmer de Haan. We were too junior to know him but recall De Haan going about on his bicycle with a monkey riding on his shoulder. He was also a music teacher and a journalist pupil of his recalls learning the piano with the monkey perched atop the piano. The slightest mistake resulted in him snapping his fingers and the monkey jumping on the pupil. Yet there were some who adored him. This diligent critic attended piano recitals at the Lionel Wendt, we were told with a torch, musical score and pencil in hand. He followed the music on the score with torch and pencil in hand and marked places where the artiste faulted. No performer could withstand his devastating criticism.

De Haan is a Sri Lankan legend having played: ‘Here the robbers passing by’ instead of ‘God Save the King’ as the British Governor and university professors entered the Hall during a convocation and on another occasion playing the German national anthem to receive the British Governor when the two countries were at war!

De Haan was a rarity but the single University of Ceylon, particularly its English Department, did produce many a recognised literary critic and some musical critics as well.

Do the existing campuses dotting the countryside produce any literary or musical critics? They produce Galkattas, hand bombs and of course politicians.

Politics is our rice, curry and pol sambol. Whether it be the UNHRC resolutions against Sri Lanka, Code of ethics for monks, singing the national anthem in Tamil, school uniforms, dashing coconuts in streets to invoke the ire of the gods or the Danno Budunge issue – all are encapsulated in the single issue: Can these be used to topple the Yahapalanaya government and bring back the twice defeated Mahinda Rajapaksa?

Meanwhile, as journalists we go back to the rescue of our fellow underdog who did not like the operatic rendition of that old favourite on GFG. He was using his right: Freedom of dissent. Freedom of the Wild Ass is protected in true democracies.
The Island