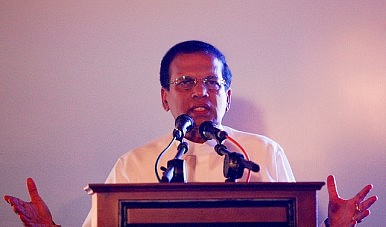 Sri Lanka’s new government, led by President Maithripala Sirisena, has now made a range of assurances via an extensive reform agenda and is now faced with the trickier task of implementation. Elections in January (when Sirisena defeated the increasingly authoritarian Mahinda Rajapaksa in his quest to win an unprecedented third term) and August parliamentary polls, combined with the recently passed UN Human Rights Council (HRC) resolution on Sri Lanka, have presented the country with an unanticipated opening.

The Sirisena administration has set out a wide-ranging plan and may be tempted to deprioritize the more controversial war-related matters. Nonetheless, failing to recognize that transitional justice, including accountability (for wartime abuses), is an essential part of the government’s broader governance and institution-building agenda would be a significant mistake. Thus far, Colombo has been reluctant to take even small steps to reach out to the Tamil community. That needs to change.

On October 25, Rajapaksa, delivered a predictable speech. Unsurprisingly, Rajapaksa has problems with the latest HRC resolution on Sri Lanka, which is designed to promote human rights, justice and reconciliation in the divided island nation that’s still recovering from a civil war that spanned nearly three decades. Rajapaksa doesn’t want to see meaningful international involvement in the country’s transitional justice process and hopes to protect the military. Here’s part of his speech:

These plans that are being made to persecute members of our armed forces cannot be implemented without amending the law. Parliament has the power to thwart all these plans being made to victimise our war heroes who sacrificed so much in the war against terror. I appeal to all Members of Parliament regardless of party affiliation, not to allow the passage of any legislation aimed at persecuting members of our armed forces. This is a matter that goes beyond politics and is about our country, our nation, our sovereignty and our self respect.

Rajapaksa goes on to state that Sri Lanka is “now faced with the most perilous moment since independence in 1948.” That’s simply untrue.

It should come as no surprise that Sinhala-Buddhist nationalist elements, especially Rajapaksa, would try to thwart the new government’s proposed agenda. Let’s keep in mind that Sinhala people are the overwhelming ethnic majority in Sri Lanka (and most of them are Buddhists). Sinhala people dominate the country’s institutions, including the military. Will worries over a Sinhala-Buddhist backlash again be used to justify prevarication from those in power?

2015 has not treated Rajapaksa well, though things could arguably be worse. He’s now a member of parliament and has retained some political support (although the current alliance between the nation’s two big political parties, the Sri Lanka Freedom Party and the United National Party, does not work in his favor). He’s likely concerned about protecting himself and his family from criminal prosecution as well. Ensuring that his eldest son Namal Rajapaksa, who is also a member of parliament and was obviously being groomed for a larger political role, stays politically active is probably a priority for the former president too. Ideally, Rajapaksa wants to preserve his reputation (amongst Sinhala people) as a war hero. After all, under his leadership, Sri Lankan government forces finally defeated the Liberation Tigers of Tamil Eelam (LTTE) and ended a war which ran from 1983 to 2009.

Since the conclusion of the HRC’s 30th session in Geneva, senior Sri Lankan government officials have been making it clear that there is no hybrid accountability mechanism in the works and that what’s called for in the latest resolution on Sri Lanka is a domestic mechanism – that Sri Lanka will be moving forward with minimal assistance from the international community. Ruki Fernando, one of Sri Lanka’s leading human rights activists, says that “the government has tried to interpret the HRC resolution it co-sponsored in [a] way that suits its political interest, with different announcements by various government persons.” Fernando also notes that protecting the military looks like a priority for the Sirisena administration, as is downplaying “one of the key focuses of the resolution, which is justice and accountability.”

Jehan Perera, executive director of the Colombo-based National Peace Council, mentions that the Sirisena administration “has done little in terms of explaining the resolution.”

“It seems that the government prefers to let the debate on it, that was there at the time of the passing of the resolution in Geneva, subside before taking further action on it. There is hardly any mention of the resolution in the news, though opponents of it criticize it in articles they write,” says Perera.

Colombo definitely doesn’t want to look like it’s getting pushed around in the international arena, although it’s time for the country’s political leadership to describe the contents of the HRC resolution clearly (to Sri Lankan citizens) and explain why the reforms it calls for are so crucial. Things may be happening behind the scenes or in smaller meetings, although a compelling program without a thoughtful public diplomacy strategy is unlikely to draw broad public support. Explaining the need for accountability will be especially contentious. “The most difficult thing for the government will be the international element in the judicial mechanism,” notes Perera.

Fernando says that the main challenge now is for Colombo “to have political vision and courage to be transparent and honest about intentions and plans and do the correct thing, even if it may not be the most popular and politically convenient.”

The international community has made it clear that it’s ready to help Sri Lanka at every step of the way. And, in spite of the ambiguities, the HRC resolution (which the Sirisena administration co-sponsored) clearly calls for international involvement; it’s the ambit of international participation that remains a source of debate. For their part, international actors (including states, nongovernmental organizations and U.N. special procedures mandate holders) should keep pressing Colombo to include them in the process.

In making its case to the public, the Sirisena administration could deftly explain that while the country’s plans for transitional justice will be uniquely Sri Lankan, international assistance is advantageous to ensure a truly credible, inclusive process. “A major part of this will be to explain to the Sinhalese population why independent mechanisms are important, and why [a] significant degree of actual international participation – beyond monitoring, advising, offering finances and training – is important to ensure independence and effectiveness of transitional justice mechanisms,” notes Fernando.

The next six to eighteen months will define both Sirisena’s political legacy and the future direction of the country. The obstacles to deeper changes are real, although they are not insurmountable. Based on what we’ve seen during two recent elections and the resolution that was recently passed at the HRC, there’s a genuine chance to begin ending the cycle of impunity, to start building a more inclusive state and to commence creating a lasting peace that Sri Lankans from all walks of life – irrespective of peoples’ ethnic, religious or social background – can truly enjoy.

Let’s hope that Sirisena and Prime Minister Ranil Wickremesinghe recognize the importance of working together and acting upon this unique opportunity to help move the country from a post-war society to a post-conflict one. Unexpected political openings don’t last forever.