HomeNewsInternational Investigators, Prosecutors and Judges are Essential to Ensure the Fairness of Any Domestic Inquiry

War Crime Investigations, a necessary step towards reconciliation People for Human Rights and Equality (PHRE) supports the Sri Lankan government’s effort to carry out a judicial probe as necessitated by the UN Human Rights Council (UNHRC) Resolution 30 on Promoting reconciliation, accountability and human rights in Sri Lanka adopted on 1 October 2015 with the support of the Government of Sri Lanka (GoSL).

This UN Resolution was a follow up of the formal presentation of the Report of the Office of the UN High Commissioner for Human Rights Investigation on Sri Lanka at the UNHRC. In March 2017, the GoSL is expected to report back to the UNHRC on the time table for the implementation of the Resolution.
To ensure the credibility of the justice process, the Resolution crucially calls for the involvement of international judges, defence lawyers, prosecutors and investigators. The Report’s recommendations include security sector reform; return of private land; ending military involvement in civilian activities; a political settlement on the devolution of political authority; accountability for attacks on journalists and human rights defenders; and the repeal of specific legislation such as the Prevention of Terrorism Act. 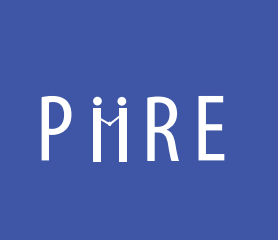 However, the Resolution, instead of an ad hoc hybrid special court, calls for a Sri Lankan judicial mechanism. Sinhala nationalists interpret the UN investigation as being for the sole purpose of reversing the military defeat of the LTTE separatist forces.

On the other hand, Tamil nationalists have expressed their disillusionment with a domestic Sri Lankan mechanism on the grounds of Sri Lanka’s dubious track record of domestic accountability.

They are of the view that it is the very absence of a credible national process of domestic accountability that has created the need for an international mechanism that should follow up to the UN investigation. PHRE notes that Sri Lanka has been both unwilling and unable to investigate war crimes allegations against its own forces, or hold perpetrators of grave human rights violations to account, including the perpetrators of atrocities n the South during the JVP uprising in the late ‘80s.

After denials and rejections for many years, the former regime promised domestic inquiry with the help of three of the best war crimes prosecutors which was seen as little more than an attempt to deflect international pressure.
By co-sponsoring the Resolution, the current GoSL has taken the initiative to implement its recommendations. The resolution notes not only the passage of the

19th Amendment and its potential contribution to promoting good governance, but also highlights the steps the government has taken to improve life for the war-affected people of the North and East. It also acknowledges the progress made in rebuilding infrastructure, demining, returning land taken over as high security zones and resettling displaced persons.

This replacement of emphasis given to the hybrid judicial mechanism provides the GoSL a greater measure of credibility in dealing with the local nationalist sentiments. However, any accountability process needs an international component for it to have any credibility and to provide the necessary judicial skills and expertise. Ensuring that victims and their families are genuinely consulted in uncovering truth and achieving justice, and undertaking a wide range of institutional reform, including strengthening witness protection legislation are also required.

We consider this UN Resolution and the establishment of appropriate mechanisms for the proper investigation into the alleged serious violations of human rights by all parties to the armed conflict in Sri Lanka as an important step for reconciliation between its peoples. For the reconciliation of the Sri Lankan society and the wellbeing of its people, ascertaining the truth with regard to what happened during the armed conflict is necessary.

It is also important to implement the other recommendations of the UN resolution. In light of the previous negative experiences on such investigations the involvement and participation of international investigators, prosecutors and judges in Sri Lanka’s justice processes is an essential condition for ensuring the fairness of any domestic inquiry. If the Resolution and its underlying commitments of Sri Lanka’s government are implemented in good faith, it has the potential to bring justice to the victims and closure to their suffering.