GENEVA — The top U.N. human rights body on Thursday approved by consensus a resolution aimed to increase accountability and reconciliation in Sri Lanka in the aftermath of its decades-long civil war that left tens of thousands of people dead.

International advocacy groups hailed the measure by the Human Rights Council in Geneva for calling for international judges and lawyers to help ensure the judicial process in Sri Lanka, where authorities have long avoided investigating alleged war crimes by its forces and victims’ families have been futile in their attempts to seek justice.

Thursday’s resolution calls on Sri Lanka to allow for punishment of “those most responsible for the full range of crimes” and encourages the government — which has been revamped due to elections this year — “to investigate all alleged attacks by individuals and groups on journalists, human rights defenders, members of religious minority groups and other members of civil society.” 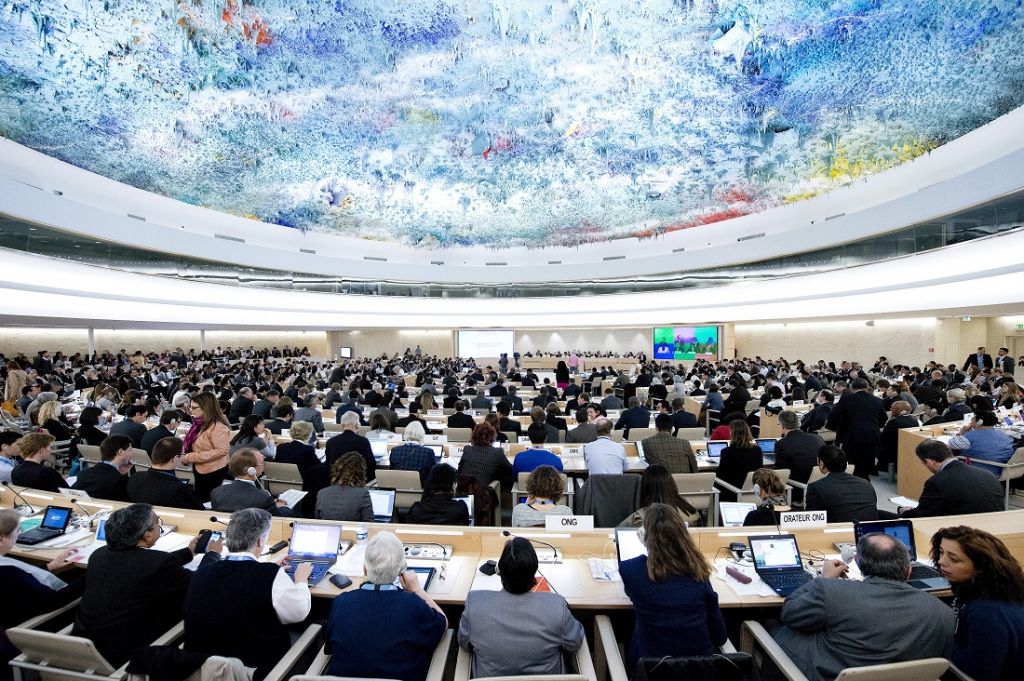 Sri Lankan ambassador Ravinatha Aryasinha said his delegation sees the resolution as an encouragement for his country “to travel the path it has already begun” toward improved human rights, and added that his country was “eager to commence wide-ranging consultations” in that process.

Sri Lanka’s civil war ended in 2009 when government forces defeated Tamil Tiger rebels, who had been fighting to create a separate state for ethnic minority Tamils. At least 80,000 people were killed, and possibly many more, including up to 40,000 civilians in the last month of the war, according to U.N. estimates.

The Sri Lanka resolution has been among the most-watched measures among 32 being voted upon as the council nears the end on Friday of three weeks of work in its 30th session. Other resolutions focus on issues like rising violence in Burundi, efforts to improve human rights in Sudan and Central African Republic, Syria’s civil war, and human rights abuses in the war in Yemen, as well as issues like the death penalty.

Ambassador Julian Braithwaite of Britain, one of four co-sponsors along with the United States, Montenegro and Macedonia, hailed the “historic” achievement because Sri Lanka’s increasingly democratic government backed the resolution.

“It’s got the buy-in of the government of Sri Lanka, but it will have strong international participation. There will be Commonwealth and foreign judges, investigators and prosecutors involved in this,” Braithwaite told reporters. “It’s an extraordinary turnaround if we think about where we were a year ago,” he said, before elections in January and August this year that Western and other nations have praised as a sign of progress.

“What we now need to see is the implementation,” he said. “That is the challenge now.”

“The adoption of this resolution is a turning point for human rights in Sri Lanka, and crucially recognizes terrible crimes committed by both parties during the armed conflict,” he said in a statement.

But in Sri Lanka on Monday, Prime Minister Ranil Wickremesinghe pinned the “bigger responsibility” for the war on the Tamil Tigers, and appeared to suggest that healing the country’s deep wounds was more important that prosecuting culprits.

“We must prosecute when needed, but we give priority to national unity. Reconciliation is needed for national unity,” Wickremesinghe said. “Everyone wants to know the truth. When we have known the truth, we must come together as much as we can.”

Nicolas Garriga in Geneva and Krishan Francis in Colombo, Sri Lanka, contributed to this report.