In a strange turn of events Sri Lanka police, which is entrusted to protect rule of law in the country has asked lawyers not to appear for known criminals, reports Colombo Gazette.

This police statement has been  made in the wake of Dunesh Priyashantha, who was arrested and tortured by the police, making a complaint to the Sri Lanka Human Rights Commission for unlawful arrest and  torture while in the police custody.

Dunesh Priyashantha had filed  his petition through his lawyers at the Human Rights Commission. 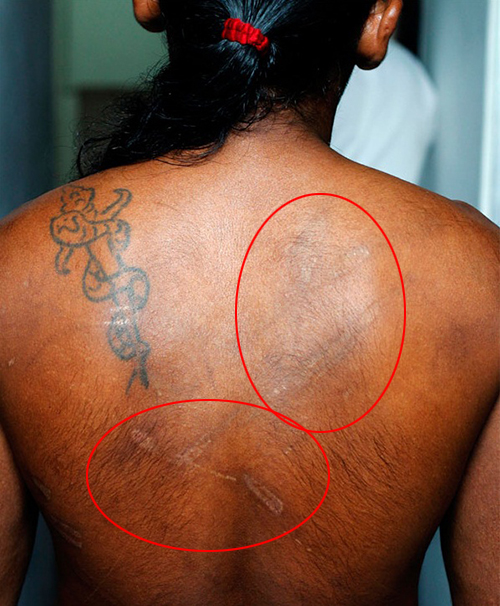 The police spokesman Ruwan Gunasekera has  denied claims of widespread torture in the police service and also questioned the motives behind the campaign by lawyers appearing for Dunesh Priyashantha, alias Kondaya, who was acquitted in the murder of a five year old child recently.

Police spokesman has questioned as to why  some lawyers were appearing for Dunesh Priyashantha when he is still charged with several criminal offences, including the alleged attempt to abduct a teenage girl.

A leading lawyer told SLB that the Police seems to be ignorant of  every citizen’s right to be represented by lawyers at police stations as well as any judiciary process.