”In the dry zone specially there is a greater potential for children to be subjected to this kind of harassment. There are many reasons for this.
The main reasons are illiteracy of the parents, allowing the children to work as child laborers, under aged marriages, child birth without planning , and poverty.

These children who fall victims to these crimes are often subject to these abuses more than once. They have no opportunity to understand these abuses. In some sub cultures in the country , this situation is prevalent. The under aged marriages is now becoming a routine under such conditions.

In a child molestation case, an aachchi (a grandmother) told in court, that is a family issue, and there is no need for the courts and government

Institutions to intervene. The accused and the abused victim were of the same family. In some instances, such groups even avoid coming to the court. Some of these children come to town for the first time only in a case like this to attending court.

As these children are living in remote villages in dire poverty , they even do not know about hygiene , cleanliness , latrine and toilet usage. Because they live outside of the ordinary society, they do not even know they are being subjected to sexual molestation. Owing to this ignorance, these incidents have become normal to them.

In most cases of sexual abuse, the child complains to the mother or grandmother who brings her up. During the court proceedings, it came to light these mothers have told the victims, that is the way fathers are. 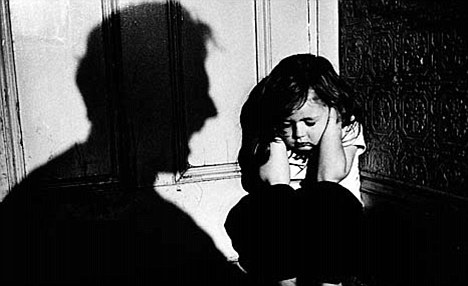 Abuse by family elders are prevalent

There was another case where a daughter was continuously sexually abused by her father. That victim was hospitalized only after she had become pregnant. This victim had already revealed the sexual abuse by her father to the mother. The latter’s answer to the daughter was ‘fathers are like that.’
There are also cases where the father has raped his daughter with the knowledge of the mother. By the time the victims appear in court, many of them have forgotten the incident. Such cases are filed in court usually after at least a year and half later. When such cases are heard at the courts, in some cases the crimes had been committed 15 years ago. It is imperative and important that the evidence of the victim is elicited by court cautiously without hurting the child or harming her frame of mind.

Some children are scared to give evidence in open court. In cases like that it becomes necessary sometimes for the judge to take the child on to her laps and note the evidence, or to keep the child at the door corner and make the victim give evidence. Because the child is alone , the child recoints all the facts clearly.

One other issue the probationary officer not attending the courts with children who had faced various sexual abuses and coming to courts from faraway places. Many of the small children who have fallen victims to sexual abuse arrive in court with the witness. In such cases the witnesses are not taken into the court.

In advanced countries , the judges of the courts hearing juvenile cases even change their dress code to please the children. Most children have a phobia for lawyers’ dress. In such instances the lawyer has to come to court sans his professional cloak. Some children have a fear of open courts. Children who have been sexually abused by the father is scared to give evidence before him. In such cases , it becomes necessary for the court to cover the dock with a special curtain. Children are also frightened of mounting the witness box. Because of these situations, the courts must create a most favourable environment for children in this era of rape and sexual abuse of children.

Children are an asset to the country. The guardians are responsible for their destiny. They can meet with various mishaps, but this crime is not an accident. In advanced countries, in mishaps like these, cases are filed against the parents too.

Sex education should be imparted to the children at the school from year one. Today, technology and medicine are highly advanced. Children who are subjected to this fate must be counseled to boost their mental state and equilibrium.

In another incident in which a five years old girl was raped , the court was informed by the victim ‘he loved me’ . That is how the rape was described in court. This is all because of lack of sex education.

Law has a punishment to those found guilty by court of child abuse – it is rigorous imprisonment not below 7 years and not exceeding 24 years. The law, in addition has provisions for compensation to be paid to the victim by the accused.

If the victim of sexual abused is also murdered, and if the accused is found guilty of both offences, death penalty can be imposed. That is, the accused becomes liable for death penalty only if the charges of murder are also proved.