HomeFeaturesJudiciary should be Cleaned from Politics – Shibly Aziz, PC, Member of CC 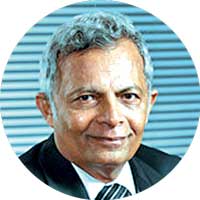 President’s Counsel Mohamed Shibly Aziz, a member of the recently formed Constitutional Council and an eminent lawyer who has served as the Attorney General, the head of the Official Bar and also as the president of the Bar Association of Sri Lanka (BASL)– head of the unofficial bar expressed his concern with the legal system. He suggested that several amendments should be considered when drafting a new constitution to improve the delivery of justice in our court system. Broadly speaking of the subject, he said that the system of appointing judges, especially to higher courts should be improved and the present obstacles which impede, delay or otherwise stand in the way of efficacious resolution of cases which have piled up should be removed.

“I would also suggest that the judiciary, in view of its important role, should be identified as a special branch which requires further protection. The existing constitutional provisions should be further enhanced by considering the need or the advisability of having a high ranking committee drawn from the judicial and legal fraternity (wholly or largely) to be given the task of recommending the nomination of judges of the superior courts with very limited discretion given to the appointing authority to reject such nomination. This will achieve the necessary transparency and make the judges perform their role in a manner which will command that they perform their role in a manner acceptable, not only to politicians but those others before whom they perform their functions. One important aspect is for the need or the advisability of placing a bar (with or without needed exceptions) on retired judicial officers holding public places of profit after retirement, at least for a period of two to three years after they relinquish their role as judicial officers so as to prevent them from serving, by coercion otherwise, the interests of the political matters then in power.”

In addition, Mr. Aziz suggested removing the power to make ‘a just and equitable relief’ in respect of a fundamental rights application, which in his experience occasionally has pushed the judges into the political field.