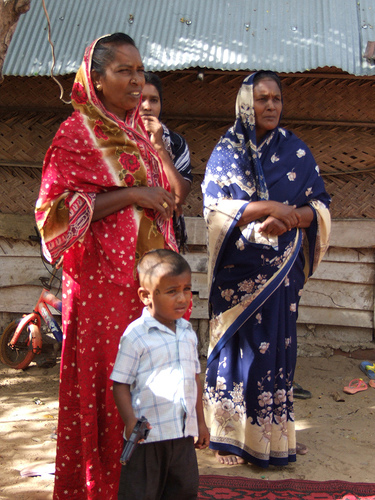 The 25th year of the mass expulsion of Muslim people resident in the north by the LTTE falls this October.  The eviction of the 90,000 strong northern Muslim population continues to be a humanitarian and political problem of national proportions.  An estimated 80 percent of them continue to live outside their original places of residence. However, the problems faced by this section of the Sri Lankan population and finding a just solution have not been given either the public attention or priority that it deserves.  The government’s decision to co-sponsor the UN Human Rights Council resolution on Promoting Reconciliation, Accountability and Human Rights in Sri Lanka provides an opportunity for the country, and the international human rights community, to come to terms with this problem and find a just solution.

The National Peace Council welcomes, and appreciates, the introspective and self critical statement of the Tamil National Alliance which was chosen by a large majority of Tamil people in the north and east at the recent general elections.  The TNA stated in its response to the UN Human Rights Council investigation report that “We also accept and undertake to carry out our responsibility to lead the Tamil people in reflecting on the past, and use this moment as a moment of introspection into our own community’s failures and the unspeakable crimes committed in our name, so as to create an enabling culture and atmosphere in which we could live with dignity and self-respect, as equal citizens of Sri Lanka.”  The National Peace Council believes that this call needs to be appreciated, emulated, and taken on by the government, other political parties, by opinion formers and leaders of each of the Sri Lankan ethnic and religious communities and the international human rights community also.

Even today, six years after the end of the war the fact that so large a proportion of Muslim people who were displaced in 1990 remain in temporary residences is an indictment on the justice and reconciliation process in the country.  This is in violation of their right to return, which is accorded to them by the international covenants that Sri Lanka has signed.  The failure of the successive governments to vindicate their right to return has led to ad hoc resettlements that have exacerbated inter-community tensions. Recently the issue of resettlement of displaced Muslims took on controversial proportions and was linked to the alleged encroachment of the Wilpattu National Park.

The government’s decision to establish a Truth and Reconciliation Commission (TRC), a judicial mechanism for accountability with international participation and an office of reparations provides the basis for a just solution that will be in accordance with international standards.  This includes the expulsion of the Muslims and their continued inability in practice to exercise their right of return.  The National Peace Council calls on the government to ensure that the mandate of the TRC extends beyond the period 2002-09 which was the limited time frame of the investigation report of the UN Human Rights Council.  It needs to go back in time to cover the events of the expulsion of the Muslims of the north in 1990 and also beyond to cover other serious human rights violations that occurred in the course of the war so that injustices that occurred to all communities are taken into account and remedies found.