HomeNewsSri Lanka UNP Leader Calls for a Government Based on Consensus 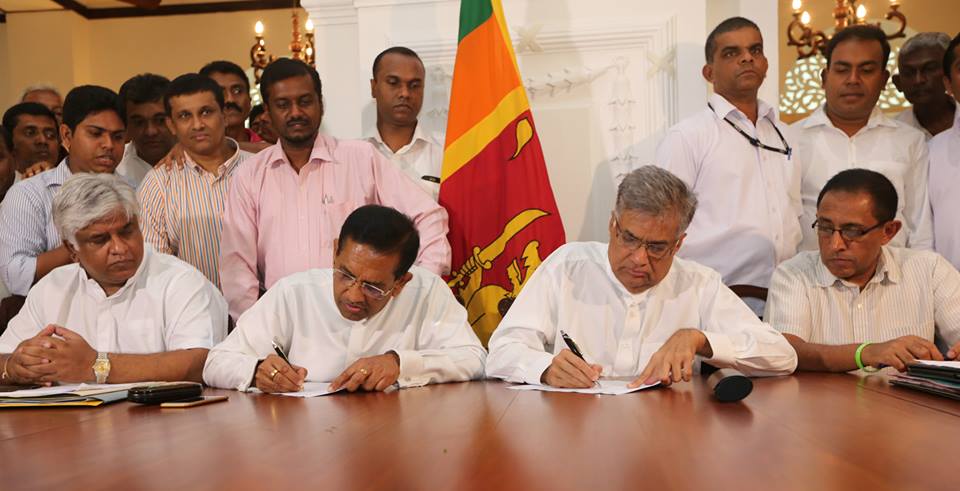 ECONOMYNEXT – The leader of Sri Lanka’s United National Party which is heading to be the largest grouping in parliament after yesterday’s has called for an administration based on consensus and good governance.

“There is no need to be divided as winners and losers,” UNP leader Ranil Wickremesinghe said in a statement.

“We have to face the challenges of a new age and lift up our country. I invite you all to join us in this task.”

“Let us build a government based on consensus.”

Wickremesinghe who was made Prime Minister after presidential polls in January has worked together with President Maithripala Sirisensa, who is from the Sri Lanka Freedom Party of ousted President Mahinda Rajapaksa.

Rajapaksa entered the April polls has said he would not be able muster a majority to for an administration.

There are expectations of forming a unity government with representatives of both parties, with Sirisena sacking party officials seen as supporters of Rajapaksa, some political analysts said