HomeFeaturesTerritorializing the Environment: The Political Question of Land and the Future of the Displaced in Musali South 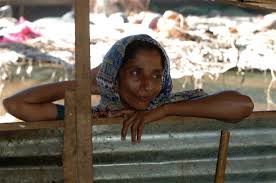 I have in the past few weeks attended two of Shahul Hasbullah’s excellently laid out map of the displaced in the Musali South area and the entanglement of that in a controversy of ‘environmental’ proportions, the Wilpattu question, first at the University of Peradeniya, where he is a Professor in Geography, and later at the Social Scientist Association Auditorium. Imagine my shock and dismay then, when just a few hours after listening to an informative and layered lecture, delivered by him on the 28th June, 2015, pointing at the complexity of the situation surrounding the current controversy over Wilpattu and Musali South, I had to listen to a news broadcast on the subject, which rode roughshod over many of the concerns raised by Hasbullah. It was a report on Wilpattu featuring Sajeewa Chamikara, the supposed environmentalist expounding on the controversy, from the perspective of environmentality. But what is the environmental issue and where is it located? Why did the broadcast not have any countervailing account? As Hasbullah stated in an earlier article, “Wilpattu’ is a non issue, and even the environmentalists have moved from being concerned about Wilpattu to further west and north as regards their claims: Musali South. There is a huge upsurge in popular thinking regarding environmental damage in the Mannar District, particularly Musali South (confusing it with Wilpattu), that has permeated the thinking of academics as well: the idea that forest is being destroyed in the Mannar District by returning Muslims. There is a need for an informed understanding today. I write this, then, with a view to raising some cardinal questions about the controversy.

It is sad that those who are concerned about the environment are not raising their voices on behalf of the returnees. Questions of the ‘environment’ are simultaneously questions about ethnicity, class and gender. They are political questions and cannot be seen as neutral. It behooves us to examine the politics of environment critically. Environmental concerns are vexed ones in general and where the ongoing debate about ‘Wilpattu’ is concerned, one has to critique not only interested parties but our epistemologies as well. Land and people are not opposed entities. We should not see the ‘environment’ as being opposed to people’s concerns, a cardinal mistake that we make in our conceptualization. The symbiotic relation between nature and people is a complex field of study and has to be explored further in any attempt to raise environmental issues, instead of which, urban dwellers, perhaps damaging the environment much more than the displaced in Musali, are raising the cry of environmental here. This is the irony environmentalists, and others, seem to miss here.

The issue that lies at the heart of the controversy is the return of displaced people, in this instance largely but not exclusively Muslims. The people immediately concerned are people who had been displaced for decades. I do not wish to reproduce Hasullah’s lecture here, nor am I going to make a plea on behalf of any side. As far as I am concerned, there are no sides here. As Hasbullah stressed again and again, we need understanding and dialogue, not meaningless strife. This is not to say that all strife is bad, but we must develop an understanding that is analytic and contextually holistic rather than piece meal. I also hope that all parties sincerely interested in dialogue here would approach what I write here with the intention of listening and engaging in a dialogue rather than in polemics and dismissal. Hasbullah’s lectures in fact demanded such a frame of mind and I hope I can capture the spirit in which it was delivered as well as its key points. What I present here would not be exhaustive, but would be providing a framework for us to analytically engage with the concerns. 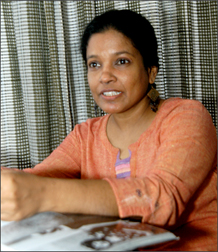 Locating “people” at the centre of any resolution to the question, Hasbullah argues for a historically rooted political analysis of the subject. His lecture, titled, ‘Territory, Territorialization and Competing Nationalisms,’ placed at the centre of the debate, contestations carried out over land and possession of land; for our purposes today it is Musali South. Adopting a historical, socio-political and geopolitical approach toward the issue, he started off by tracing the history of settlements in Marichchukaddi, Karadikuli, Palaikuli and Mullikulam, from pre colonial or early colonial times to the period up to the onset of the civil war the ‘80s. The contested area today that environmentalists have said as one that is being deforested has had human settlements from pre-colonial times.

He showed us a map of Musali and adjoining areas, and the locations of paddy land, settlements, and tanks, with Wilpattu Forest Reserve forming a flank in the Puttalam District in the south and Anuradhapura District in the east. Colonialism sees the rise of a centralized state. Independence in 1948 brought along with it both insecurities and securities of the state into the equation in new forms. For him, state territorialization and competing territorialization by armed Tamil Militants in the ‘80s was the pivotal point of the controversy. The competing claims made by both the state mechanisms, through colonization schemes, and the contestation of that by Tamil groups, which were involved in their own perhaps smaller scale settlement efforts, made certain areas , such as Musali, contested terrain. With time, the contestation led to the evacuation of people from these areas; and for our purposes today, the area around Musali South.

The conceptualization of state and territory has to be rethought in our national imaginary. While state colonization schemes, moving people toward the north and east, from the wet zone to the dry zone, might have been based on a practical solution for over crowding in the south west, land distribution patterns, around, say the Gal Oya scheme, led to great consternation among Tamils in the east, and was one of the leading factors in spurring Tamil nationalism. With counter claims made by Tamil nationalist forces, and with time, by armed Tamil groups, ‘borders’ and ‘borderlands’ came under great stress, as the state of Sri Lanka and the state-wanting-to-be, of the armed groups, particularly, the LTTE, fought for control of the borderlands. Musali South is one such contested area. Geographically, Musali has a central tank and many subsidiary tanks, feeding fertile paddy land of the villages, and resource and culture rich fishing villages. Muslims, Tamils, and seasonally migrating Sinhala fisher communities made up the social composition, while it was and is still today, a 90 %Muslim concentration-area. The clandestine movement and training of cadres in the jungle by armed Tamil groups, the advancement and entrenchment of Sri Lankan armed forces and the intensity of war, impacted on the peaceful existence of the people carrying out their day to day tasks. At the height of the conflict, the evacuation of people took place in phases, and that becomes crucial for any understanding of the problem. The eviction of Muslims in 1990 by the LTTE, displacing the population to Puttalam and other places, was one of the decisive happenings of the times, and an answer to this goes hand in hand with any solution. With the evacuation of people, the forest, much of it secondary forest cover, overtook the land mass occupied and/or used by people. During the cease fire, and with the conclusion to the war, many of the Muslims returned, with feelings of trepidation. Nevertheless, with advancing forces and escalating war, Tamils and Muslims in the area became displaced again in 2007. The insecurities of Muslim IDPs, and the plight of Tamils of Mullikulam, where a navy base has been established, and the poor conditions of existence of all IDPs, are critical questions today. That the government categorized returnees as old and new, with 2008 forming the demarcating line, did not help alleviate this feeling of insecurity. With the conclusion to the war, when Muslims returned, they found their former lands being overtaken by shrub, secondary forest and a large navy base in the south west. In the meantime, the gazette notification of October, 10, 2012, demarcated 6042 hectares of land as the Marrichukaddy-Karadikuli Forest Reserve. But people, even before Rishard Badurdeen got into the fray, had cleared the land and settled along the Silavathurai- Marichukaddy main road; they occupied a land mass that extended less than 500 metres from the main road for the length of roughly 2 miles. But sadly, satellite pictures and drone photography have been manipulated to produce an exaggerated view of the extent of the land cleared.

I have given here only a snap shot view of the presentation, which was rich in information and theory, and visually striking in its multiple and complex mapping of criss crossing patterns of displacement and the frittering away of people’s sense of ownership of land. In conclusion, Hasbullah talked about competing nationalisms: Majoritarian state nationalist drives, for our purposes of discussion, touted largely as environmental concerns, deny the right to return of the displaced; Tamil nationalism, drawing upon the aspirations of the Tamil people, contested state territorialization and created is own hegemonic considerations of land in the psyche of the people; Simultaneously, the actions of Muslim politicians are focused on the enhancement of their voter banks, and not on a durable solution. A solution cannot be reached, if these forces are allowed to take control of the debate. People located outside of this must claim ownership of the concerns and take preemptive measures. There is a) an urgent need for a national policy on resettlement of the displaced, a solution acceptable to the people b) a need to check the retrenchment of military bases that has taken land away from the people, c) and the need to focus on the concerns of co-existence of the people of the area. The rights of the Tamils of Mullikulam who have been displaced by the establishment of a large navy camp, the inalienable right to return of Muslims of Musali South and the landing rights of seasonal fisher people, mostly Sinhala, from places such as Chilaw and Negombo, have to be reinstated and reassured.

It is my view that any democratic practice necessarily entails a culture of discussion and openness. I ask politicians, politicians who are committed to democratic principles, particularly our President, to pay heed to the voice of the marginalized and seek answers to thorny questions. I ask all of us too, to raise these questions in all forums of engagement. What has happened to the land of the people? Why is there a navy camp in Mullikulam? Why are the people of Mullikulam displaced? What is the environment? Are the displaced people of roughly a 100 families in the contested area actually destroying the forest? Or are they helping in nurturing it? Whose environment are we talking of?: that of people in Colombo and other urban areas or that of the displaced? Why aren’t we asking these questions? With this call I close this short note, hoping that this can initiate a sustained and open discussion on the subject.

(Sivamohan Sumathy is attached to the Department of English, University of Peradeniya.)