President to explain his position on July 13Rasika Jayakody Key civil society members, who were instrumental in the election victory of President Maithripala Sirisena in January, have expressed disappointment over the nomination process of the UPFA during a meeting held with the President on Wednesday night.

They informed the President that the civil society felt “betrayed” and “cheated” after the UPFA agreed to give nomination to former President Mahinda Rajapaksa to contest the Parliamentary election from the UPFA. National Movement for Social Justice Convener Ven. Maduluwawe Sobhitha Thera turned down the request to take part in the meeting on the grounds that there was no room for any discussion as the nominations had already been finals. 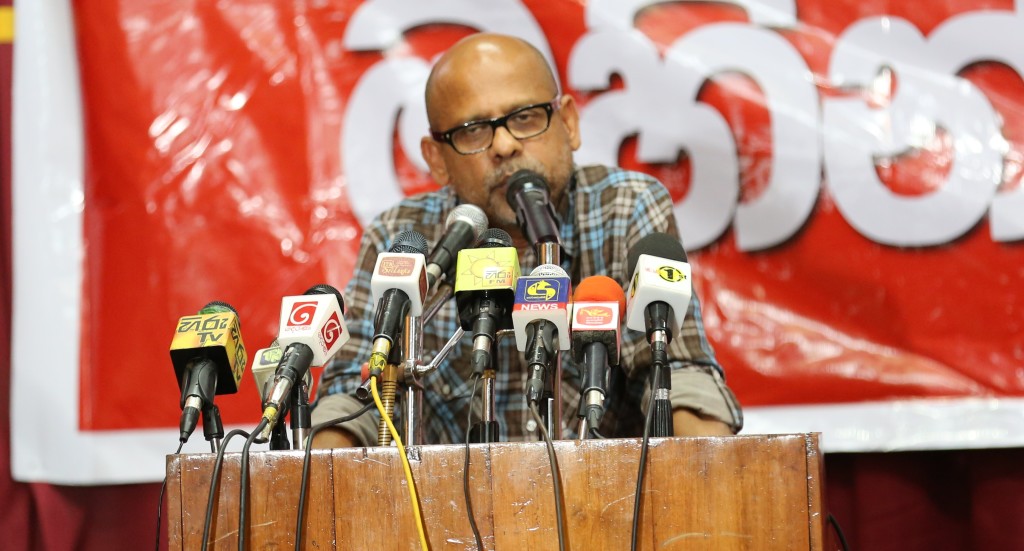 However, Gamini Viyangoda, Professor Sarath Wijesuriya, Dr. Nirmal Ranjith Dewasiri, Dambara Amila Thera, Saman Rathnapriya, Dharmasiri Bandaranayake, Joseph Stalin, Ravi Jayawardena and Keerthi Tennakoon attended the meeting held at the Presidential Secretariat on Wednesday night. At the meeting, President Sirisena promised civil society members that he would make his position clear on the UPFA nominations on July 13. He also added that he never got involved in the nominations of the UPFA as it was handled by the party General Secretary. However, the President said four UPFA ex-MPs would not receive nominations due to charges against them.

Explaining their position, civil society members said they were disappointed over the fact that the President had only managed to block nomination for four ex-MPs who faced charges. Purawesi Balaya organization Gamini Viyangoda said, all the other ex-MPs who faced various charge s over their conduct in the previous regime had made themselves eligible for the UPFA nominations. “This is a defeat for the forces, including the President, who initiated the people’s revolution on January 8,” the Purawesi Balaya Convener asserted.

He said there should not be “secret” one-on-one meetings between President Sirisena and former President Rajapaksa as the incumbent President was elected to power by those who were disillusioned with the previous administration.

“The citizenry of this country should be aware of every discussion taking place with the former President,” Viyangoda stressed.