President Maithripala Sirisena has announced his intention to seek the passage of the 20th Amendment to the constitution as a priority. The reforms envisage an electoral system in which the majority of parliamentary seats will be obtained on the first-past-the post system, while keeping to an overall proportional outcome. The experience at elections held under the present proportional system with a preferential voting option has been a negative one. It has been marked by heavy expenditures by candidates who have to contest much larger district-sized electorates and has also led to in-fighting by candidates within the same political party for the preferential votes that will get them elected. 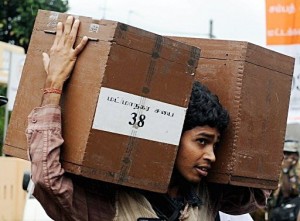 The promise of a change in the electoral system was one of the key promises in the election manifesto of President Sirisena during the presidential election campaign. In terms of constitutional reforms, it was alongside the promises to reduce the direct powers of the presidency on the one hand, and to establish a non-partisan constitutional council to oversee non-partisan appointments being made to important institutions of the state, such as the judiciary, police, public service and elections commission. The government has received much commendation for having passed the 19th Amendment within the first 100 days of President Sirisena’s election victory.

However, the passage of the 19th Amendment was not easy. There were many opinions and vested interests involved in the process of decision making. At times it seemed that the 2/3 majority needed for constitutional change would not be found. The passage of the 19th Amendment was only made possible by the cohabitation of Prime Minister Ranil Wickremesinghe who heads the present UNP government with President Sirisena who heads the SLFP opposition who were able to persuade their respective party members to give their support to the constitutional amendment. This same political configuration exists today and gives the hope that it can be utilized to provide a similar successful outcome in the case of the 20th Amendment.

Unfortunately, with the passage of time the spirit of rivalry between the two main political parties in the country has increased, and not decreased, which makes the passage of the 20th Amendment less likely. The UNP is concerned that the 20th Amendment will be used to delay the speedy dissolution of Parliament which was part of the President’s election manifesto. It is in the interests of the opposition to continue with the present parliamentary configuration for as long as possible, and till April 2016 when the term of the present parliament lapses. This is on account of both their fear that they will not be a part of Parliament again, and their hope that the present government becomes less popular with the passage of time. Their interest lies in having the general elections later rather than sooner. 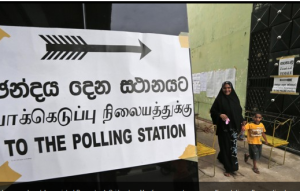 The election manifesto of the alliance of political parties that supported the candidacy of President Maithripala Sirisena highlighted a 100 day plan after which Parliament would be dissolved and fresh elections would be called. After the passage of 150 days since the election of President Sirisena the government formed by Prime Minister Ranil Wickremesinghe appears to be running out of steam. The imbalance between a ruling party with a mere 43 seats in a Parliament of 225 members in which the largest opposition party has 126 seats has begun to take its toll. The engine of the government, it is clear, is too small, and cannot pull the load any more especially when the terrain is getting uphill.

The problem faced by the government was evident in the fiasco over the appointment of the Constitutional Council which was to be set up under the 19th Amendment. This body will be the most prestigious and important institution of state, vested with the power to select those who would ensure that other institutions of state, such as the judiciary, police, public service and elections commission are non-partisan and would maintain the independence of those key institutions. According to the 19th Amendment the appointments to the Constitutional Council would be primarily the responsibility of the President, Prime Minister and Leader of the Opposition with the leaders of the smaller parties also having an input.

A fortnight ago it seemed that the appointments to the Constitutional Council were on track, with the names of those who were to be members announced. However, the choice of the President, Prime Minister and Leader of the Opposition has not been ratified by Parliament. As a result there is a deadlock where it concerns appointments to key state institutions. An example is the Bribery Commission which has been in the news over the past several months as it has received a plethora of complaints against members of the former government who are now in the opposition. One of the Bribery Commissioners has resigned but cannot be replaced because the Constitutional Council is not yet constituted. Therefore the Bribery Commission too remains without a Commissioner and unable to take up new cases.

The lacuna that has beset governance is not limited to institutions of state. It also has implications for government policy. The government which has a ruling party of only 43 members in a parliament of 225 cannot pass legislation in parliament unless the much larger opposition in parliament agrees. The parliamentary opposition has little or no incentive to cooperate with the government as is interest lies in weakening the ruling party and showing it to be ineffective. This has a negative impact on all areas of governance, not least the economy. The economic dividend that was expected after the replacement of the former government has yet to materialize.

The present stalemate in governance has mobilized sections of civil society to issue a call for the immediate dissolution of parliament. They noted that “there is a rising perception of crisis and instability, which cannot be allowed to take root. The economy cannot afford this lack of political direction for much longer, and as importantly, the hope and aspiration created by the change of government in January demands both clarity in promises being kept and further progress in reforms, especially with regard to devolution and power-sharing. The time is ripe therefore for fresh parliamentary elections which would allow the people of Sri Lanka to have their say on reforms already enacted and to mandate the direction of the government for the next five years.”

A considerable amount of work and compromise has gone into the preparation of the new electoral system. Most of the parties, including the small and ethnic minority parties have expressed their willingness to go along with it. The best that can be hoped for is that the 20th Amendment is finalized without any more delay and placed before Parliament. However, the overriding priority is for the country to have an effective government that is based on the present political realities, and not those that existed five years ago in 2010, when the present parliament was elected. The pursuit of consensus to obtain a 2/3 majority to pass the 20th Amendment must not stand in the way of elections for a new parliament. The overriding value of elections and new government leadership was seen best at the presidential election that took place on January 8 this year, which has transformed life in the country.