The report of the three-member committee appointed to probe the Welikada Prison riots which occurred on November 09 in 2012, has released to media today (25)

From the report the committee has recommended a payment of compensation to the families of the deceased persons and those who were injured in the incident.

It began investigation in early February 2015 and conducted its probe over a period of three months. The committee stated that during the investigation they recorded statements from over 100 people including jailors, inmates and relatives of those who were killed.

The report was handed over to Prime Minister Ranil Wickremasinghe on June 09.

A clash erupted between the inmates of the Welikada Prison and the members of the security forces during a search operation inside the prison on the 9th of November in 2012.

27 inmates died while 40 persons including members of the security forces were injured during the clash.

Read the full report below. 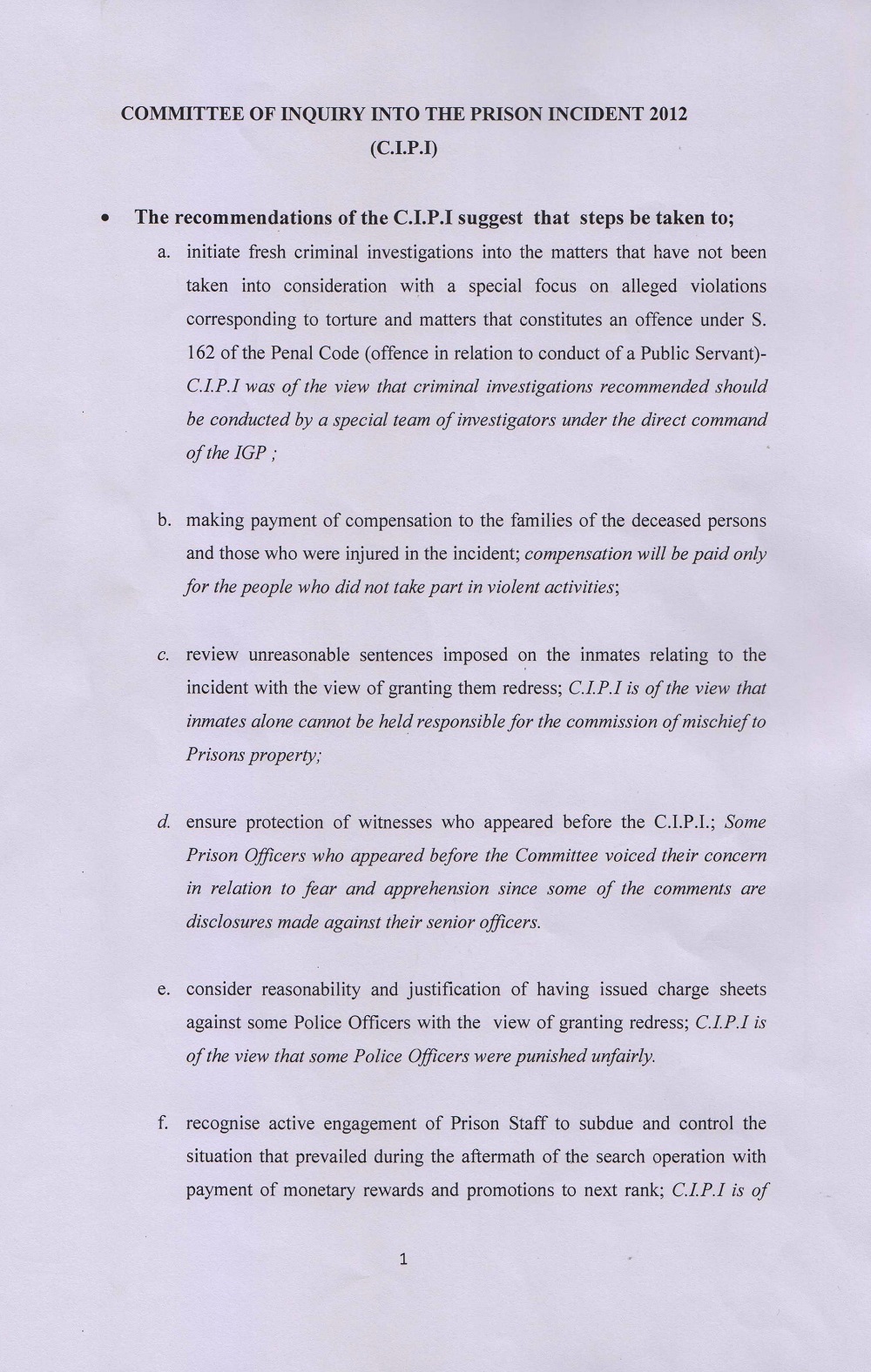 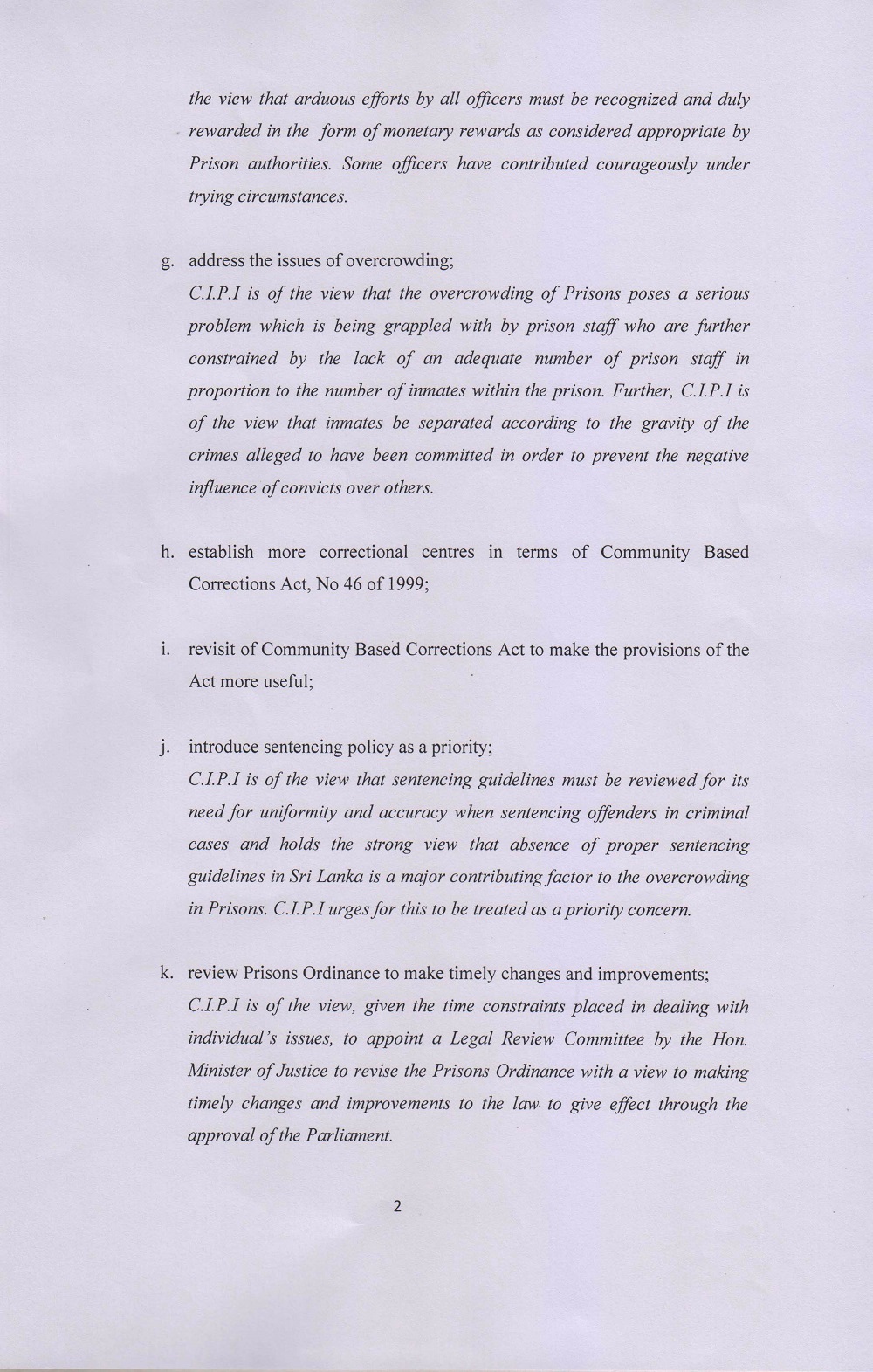 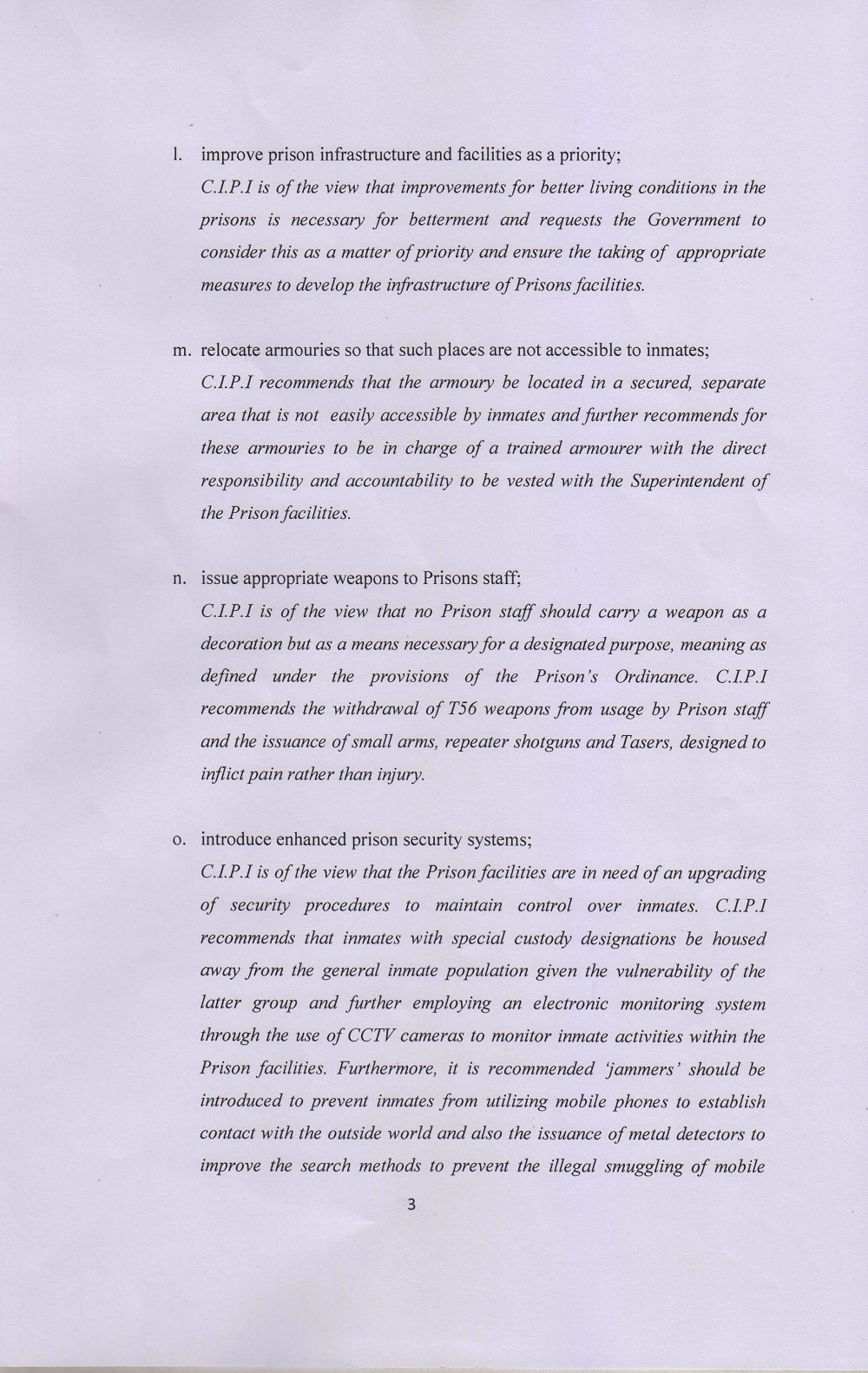 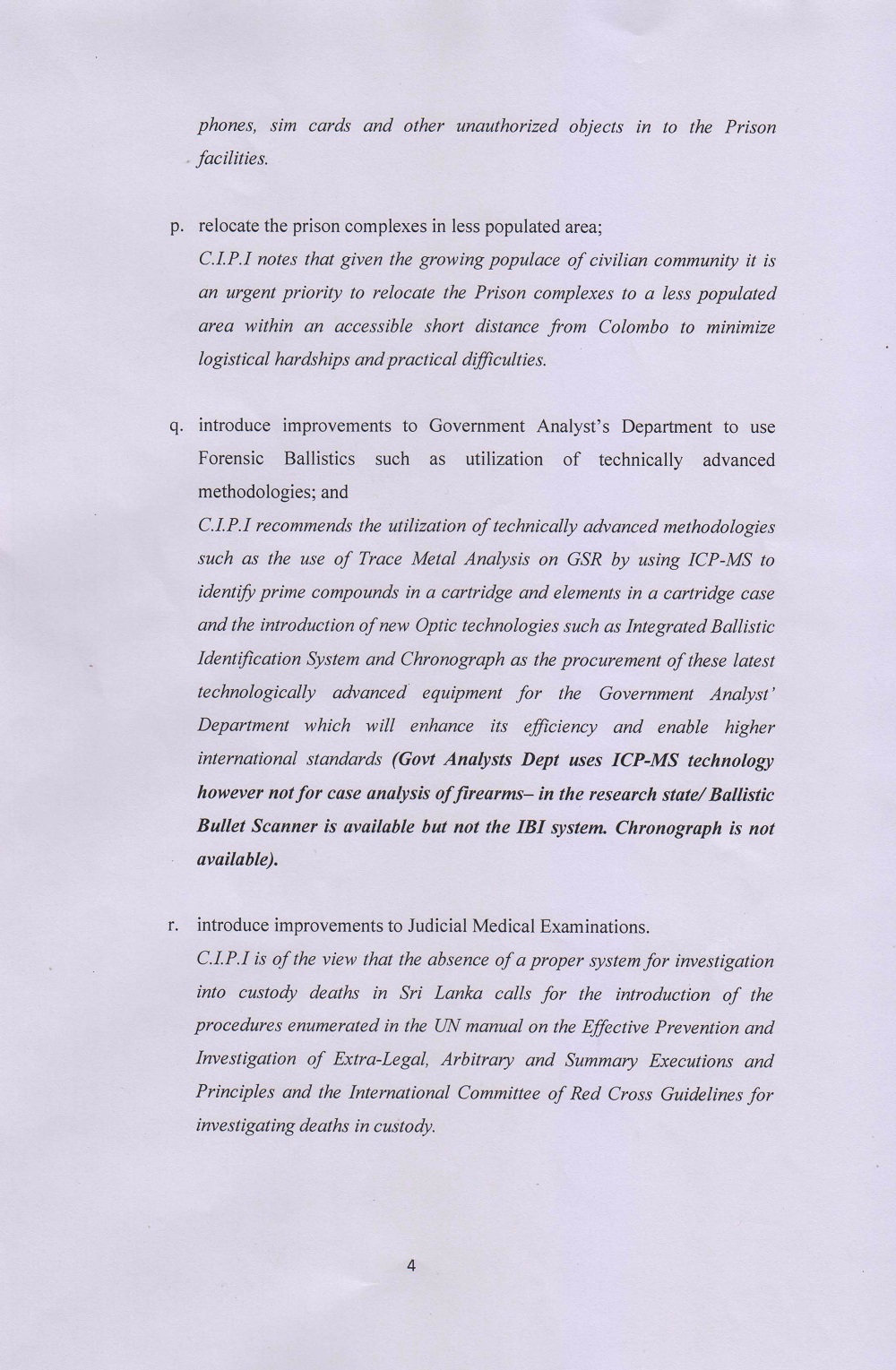