Sri Lanka is once again talking of electoral reform. After experimenting with two types of electoral systems – first-past-the-post (FPP) and proportional representation (PR), there is now talk of some kind of a mixed model. Just as at the time of the search for ‘devolution models’, the discussion seems to be ahistorical, without an analysis of our past experience and devoid of any idea of political outcomes that we want to achieve. The purpose of this is to raise some issues relevant for this discussion. 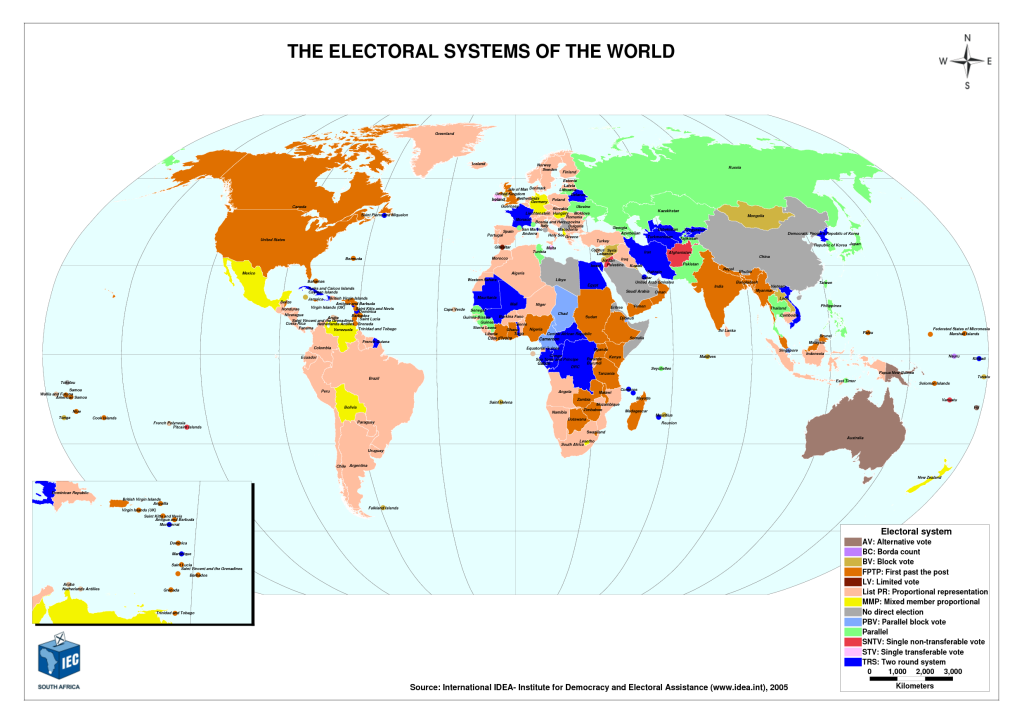 Electoral systems in the world

The world is full of many electoral systems. Each arises in a particular historical context, and is shaped by political forces and a set of ideas dominant at that time. They help to transform preferences of voters to political agency, structure the party system, determine the composition of the legislature, and determine the stability of the regime in power. Since electoral systems always operate in a particular society in a particular historical context, the characteristics of these societies have an influence on these political outcomes. Therefore learning from history is important.

When Sri Lanka was granted universal franchise the only electoral system under consideration was FPP, which was what prevailed in the land of our colonial master – Britain. The issue that dominated was whether Sri Lanka should have ‘communal’ or ‘territorial’ electorates. Those days being communal was a bad thing. One was expected to transcend these backward communal feelings and build a national identity. Territorial electorates were supposed to contribute to this. Well, we now know how wrong that idea was. There were many features in the territorial-based FPP system that undermined the possibility of a peaceful plural society.

In order to safeguard the rights of minorities, the Sri Lankan elite decided on what was called ‘balanced representation’ in parliament. Balanced representation was expected to minimise the influence of the Sinhalese, who would form the majority in the party. The political elite of the Sinhalese and Tamils agreed to this. But one group that did not take part in this discussion was representatives of the plantation community. Immediately after independence the bulk of this population was disenfranchised and lost their vote. This not only undermined the idea of balanced representation, but also made sure that capital in the plantations had a working class without basic rights that could be exploited. Subsequent developments resulted in the Sinhala domination of the parliament.

The FPP electoral system of Sri Lanka showed a high degree of variation in the number of registered voters per MP. If we take the 1970 and 1977 elections, for example, the last to be held under FPP, voters per member ranged from 16,461 to 70,236 in 1970, and 19,925 to 64,190 in 1977. Due to this factor, sparsely-populated less urbanised rural areas had an undue advantage from the electoral system. It was a conscious decision of delimitation commissions to ensure greater representation of rural areas. The argument was that such a system weighted towards rural areas would ensure more attention being paid to development problems in these areas. This actually did happen, but created its own problems for the peaceful existence of a plural society in areas such as land settlement. In addition, who in rural areas actually benefited from this focus on rural areas in development depended on many other factors such as caste, class and political power.

One of the main arguments of the supporters of FPP is that these majorities produce stable governments, and are therefore is preferable. Obviously everything depends on what sort of political outcomes are produced by this so-called stability. In the case of Sri Lanka, the huge majorities ended up in single-party-driven constitutional reforms, and alienation of both ethnic and political majorities. I would argue much of the negative influence of the political party machinery in the state structure began with these huge majorities that the FPP system produced from the early seventies. The power of political parties who gained these majorities began to influence every aspect of state machinery. It gave rise to a patronage system, widespread political appointees, and went to the humorous level of political lackeys ensuring the walls and curtains of government buildings were decorated with the colour of the party in power. In short the manufactured majorities of the FPP system have not been a positive experience in Sri Lanka.

The origins of the PR system of elections had a lot to do with the liberalisation of the economy. Long before liberalisation of economy in 1977, late president Jayawardene saw the need for a strong presidency, and legislature elected through a system where the political party machinery had a greater control over individual MPs. According to his thinking these institutions were necessary to implement economic policy measures that could be unpopular. He talked about this in 1966, in the key note speech to the twenty-second annual sessions of the Ceylon Association for the Advancement of Science.

Under PR, electoral districts became larger units and they coincided with administrative districts. It did away with the spatial inequalities that were biased against densely populated urbanised areas in the FPP system. Compared to the FPP system of elections PR provides space for small parties to be elected, and therefore undermines the domination of the two-party system. The original proposals of the UNP wanted to avoid this possibility, and introduced a twelve and a half per cent cut-off point before a political party could be considered for allocation of seats. There is also the bonus seat conferred on the party that obtains the largest number of votes in an electoral district. Invariably this would be one of the larger parties. This was another measure introduced to ensure the dominance of larger parties.

Finally, the original PR proposals gave the parties a high degree of control over MPs by ensuring that voting was for lists put forward by parties rather than for individual candidates. The party machinery would decide the hierarchy within the list. The number of seats that each party obtained would be distributed according to the hierarchy in the list put forward by the party. Once the list had been finalised, the filling of any vacancies that arose would be on the basis of the list and therefore the original decisions of the party continued to be important. The list system also did away with the possibility of members elected from one party crossing over to another.

Some of the key elements of this original proposal were changed. The twelve and a half per cent cut-off point was reduced to five per cent. Obviously minority parties opposed the high cut-off point. Individual MPs resented the excessive control of the party machinery. While the list system of voting was maintained, it was supplemented with a preference vote that allows the voter to chose a candidate as well. This added a new level of electoral competition, – competition between members of the same party, in addition to competition between parties. A new national list of members was introduced. All parties in the parliament got a new mechanism for bringing in unelected members. Preventing cross overs has become a difficult objective to achieve.

The new electoral system has been in operation for six general elections. The most significant impact of PR has been the disappearance of manufactured majorities in parliament. As could be predicted, the reduced cut-off point of five per cent has allowed smaller parties to enter into the parliament. This has been one of the most important political outcomes of PR. It has led to a more inclusive parliament, and has become important in giving a political voice especially to the Muslim and Indian Tamil community. Given the past history of excessive Sinhala domination and how this has led to polarisation of the country, this particular political outcome has been important for long-term stability in the country. In addition PR allowed a framework to incorporate Janatha Vimukthi Peramuna, a political party responsible for two insurgencies, into democratic politics, Therefore PR has contributed to incorporating both ethnic and political minorities into electoral politics. For a country that has seen so much violence since the early seventies in the South as well as the North, this is no mean achievement.

To end this note it is also important to recognise the limits of electoral reform. For example, with the two major parties evenly balanced in parliament, the role of smaller parties has become significant. We have seen many coalition governments. However there is a wide range of interests on the basis of which political parties agree to become a member of coalition. Some reasons relate to the political and community interests they represent. In addition to this, personal ambition of individuals and the need to maintain a patronage system play a big role. In the period of a liberal economy, the ideological differences between political parties in the area of development have disappeared. On the other hand using political power as a means of accumulating resources has become prominent. These interests play a role in decisions to go into coalition governments. But these are issues that cannot be tackled through electoral reform. Electoral reform is not effective in such questions. We have to get into discussions about political culture, nature of the political class, how to limit the influence of political power in resource allocation, and so on.

To end this note, one final comment about political violence. In our discussions on political violence, many have pointed out the system of preference votes as a reason for political violence. But surely one can imagine a system of preference votes where candidates go about canvassing peacefully for preference votes, without the barbarism that we see in our society? The reason for this violence is not the electoral system. In order to understand this violence we need to look at the violence that we have witnessed in many aspects of our society in general, and in electoral politics in particular. Blaming the electoral system for the violence is to close our eyes to these fundamental problems in our society. Sri Lanka can be characterised as a country with democratic institutions, but without democratic politics. Electoral reform is one small component in progressing towards democratic politics.