One of the unresolved and tragic problems of Sri Lanka’s war is the return and resettlement of the Muslim people who were expelled from the North by the LTTE in 1990. An estimated 80 percent of them continue to live outside their original places of residence. Recently the issue of resettlement of displaced Muslims took on controversial proportions and was linked to the alleged encroachment of the Wilpattu National Park. Sections of the national media gave wide publicity to statements by nationalist Sinhalese groups who accused displaced Muslims backed by Muslim politicians of being involved in this illegal and environmentally destructive activity. 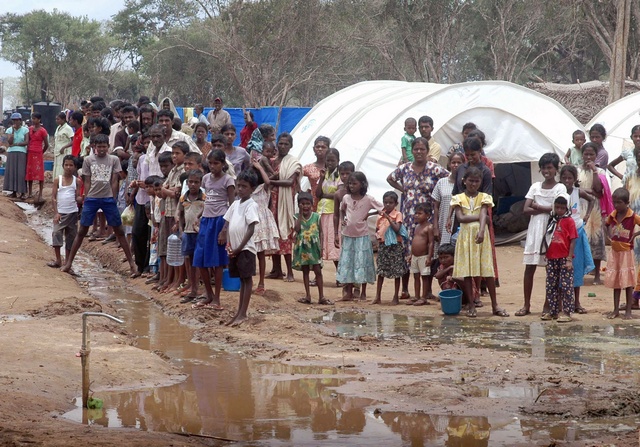 The government and environmental groups have now confirmed that there is no encroachment of the Wilpattu National Park which is located in the Puttlam District outside of the Northern Province. However, there is concern that the buffer zone is being illegally encroached upon in the neighbouring Mannar District, namely the Marichchukkaddei-Karakdikuli forest reserve that adjoins the Wilpattu North Sanctuary, which is contiguous with the Wilpattu National Park. There is evidence that it is the formerly all-powerful Presidential Task Force (PTF) that allocated these lands for resettlement as far back as 2011. Environmental groups have taken the position that no settlement or resettlement of people should take place in violation of the law and at the expense of environmental conservation.

The State has a legal and ethical obligation to provide alternative lands to the displaced people as the current places of resettlement are in dispute. This is essential to maintain peace. The war and conflict have created numerous land disputes between state and private, between communities and between individuals which in fact take communal overtones because of deep rooted ethnic and political divisions in the country. The previous government made some effort at resettlement but such efforts have not been according to the accepted procedures for the alienation of land under the land laws of the State. This matter has to be looked into by the new government and a permanent solution found.

It is also important to note that the practice of encroaching and settling people on protected forest land has also taken place elsewhere with other communities and needs to be stopped. No persons or body of interested persons should be allowed to encroach on state lands. Environmental groups have filed legal action in these cases or have publicly protested against them. An example would be protests by environmental groups in 2013 against the establishment of Namalgama and Nandimithragama in the Vavuniya District, where Sinhalese from the South have been settled.

The National Peace Council asks the general public not to be misled by groups with a partisan political agenda. We affirm the right of return of all war-displaced and forcibly evicted people, be they Sinhalese, Tamil and Muslim to their places of original residence including that of the war-displaced Muslim people currently resident in Puttlam and other camps. If the security forces require the continued use of their lands, then it is necessary for the State authorities to provide such alternative lands according to the accepted procedures for the alienation of land under the land laws of the State.

In view of the growing controversy and polarization within society on this issue, the National Peace Council calls on the government to formulate a national policy on resettlement of the war-displaced and to establish an administrative mechanism to ensure resettlement in a fair and transparent manner as a matter of priority. The government also needs to reconsider the issues of High Security Zones and the take-over of lands for purposes of setting up military camps especially where it has led to the displacement of significant numbers of people.