Making a startling revelation in the country’s parliament, Sri Lanka’s top Tamil party charged on Thursday that over 700 people have been detained at a secret Sri Lankan army camp, known as “Gota’s camp” in the Eastern port city of Trincomalee.

“Over 20,000 have been forced to disappear during and after the war amid reports that many of them are held in various secret camps elsewhere in the country. We have reliable information that over 700 people have been detained without any outside links at the secret Gota’s camp in Trincomalee,” Jaffna District Parliamentarian of the Tamil National Alliance (TNA), Suresh K Premachandran told parliament yesterday.

“We urge Minister of Law and Order, John Amaratunga to investigate into this reports and reveal the identity of those who are held at this secret camp,” he said. 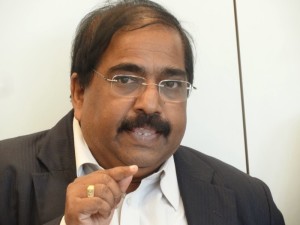 MP Premachandran, who is also the official spokesman of the TNA also alleged “over 35 families have been held in the Trincomalee naval base secretly without any outside links”.

“Of the 35 families detained inside the Trincomalee naval base, some families have already been released. The Minister of Law and Order should also reveal the identity of the rest. The Tamil people have contributed immensely in establishing good governance in the country. If you are sincere in your claims that you are working closely with the Tamil people, you should immediately investigate into these allegations and ensure justice for their loved ones,” he said.

Sri Lanka’s embattled north and the east have often seen series of protests by the families and relatives of hundreds of thousands of people, who were forced to disappear during and after the bloody that ended in May 2009.

Although the new government of President Maithripala Sirisena has promised to release a couple of hundred people who were being held for a long time without any charges against them, none of them have been release today.
Colombo Mirror