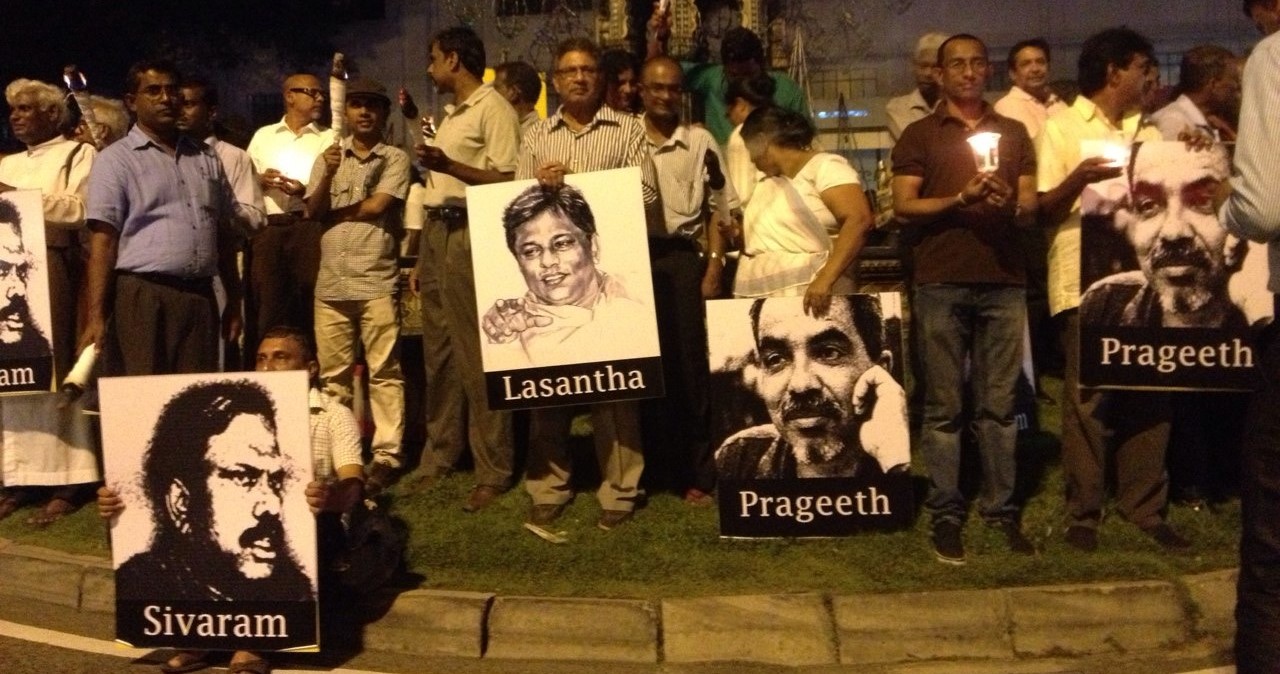 Sri Lankan journalists who were killed and disappeared in the line of duty including Dharmaratnam Sivaram (Taraki) editor of Tamilnet, Lasantha Wickrematunga, Editor of the Sunday Leader and Prageeth Egnaligoda, Cartoonist and political analysts were remembered at Colombo vigil held this evening at Viharamahadevi Park opposite the Town Hall.The Colombo Vigil has been organised by the Free Media Movement and Purawesi Balaya (Peoples’ power), both of whom have pledged their support for common opposition candidate Maithripala Sirisena at the January 8 presidential poll, which coincidentally falls on the sixth death anniversary of Lasantha Wickrematunga. 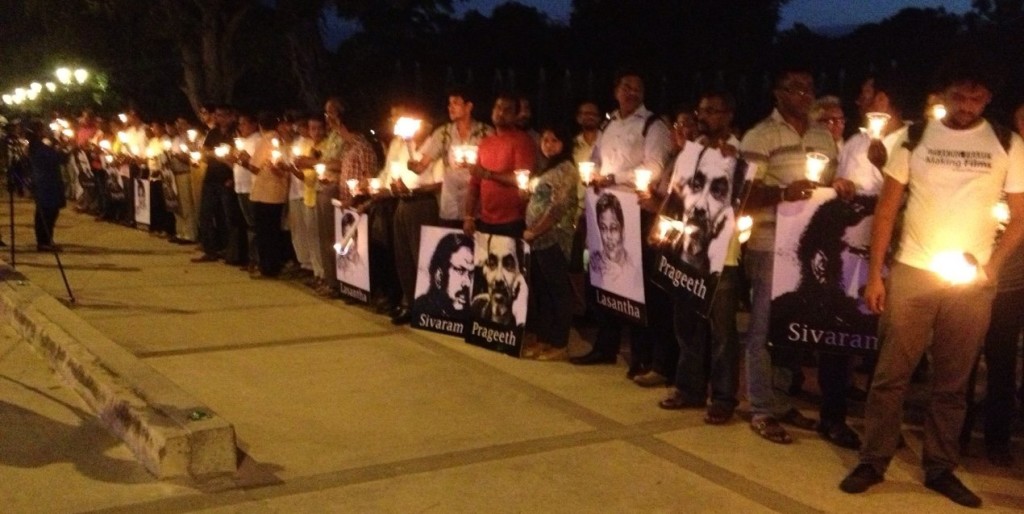 Hundreds of people participated in the Vigil

Wickrematunge was waylaid and killed while he was on his way to work in the morning hours on 8 January 2009. The killing which caused an international outcry was blamed on the Rajapaksa government 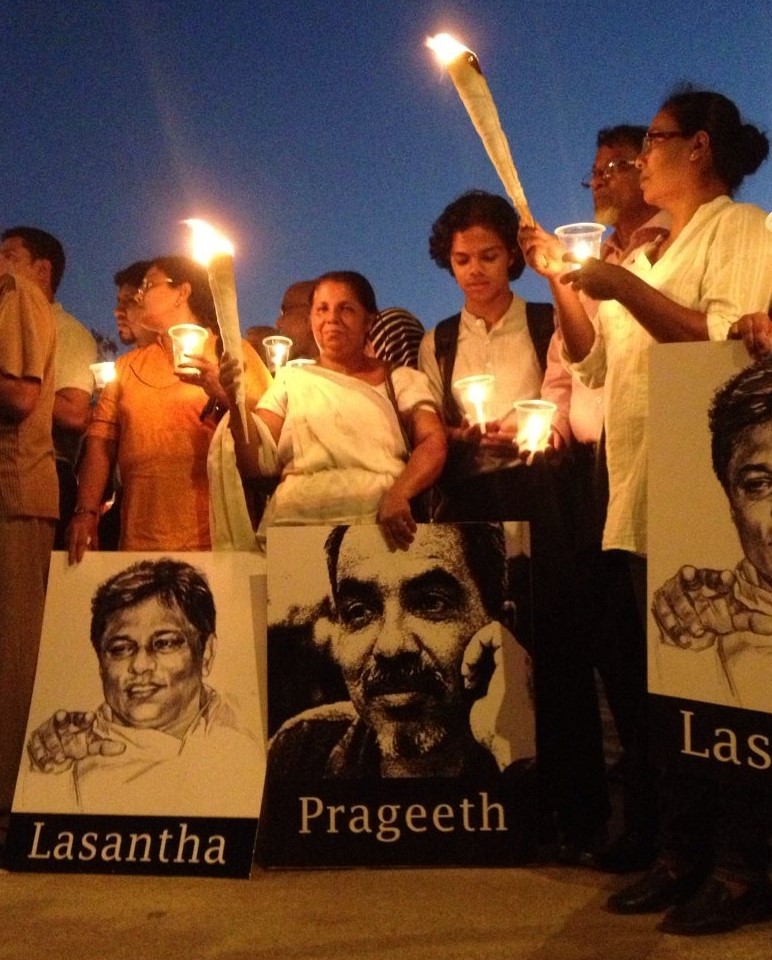 Sandya Eknaligoda at the vigil

Tags: #PresPollSL, Free Media Movement, Freedom of expression
Previous post Most Importantly, A Vote Against The Regime Is A Vote For Democracy - C.V.Wigneswaran
Next article Election Violence: Highest Number of Major Incidents In Jaffna District