You said Chief Justice was present at Temple Trees and that his name was brought up in connection with the alleged coup. Could you tell a bit more about this situation?

He admitted to us that he was there. He said that he went to see the losing President. He couldn’t deny his presence there, because he met the Prime Minister also when he was at Temple Trees at around 4.45 in the morning.

Is there any more to elaborate on this widely speculated coup?

Certainly, regarding the coup, before the election we furnished material to the Elections Commissioner, you can get details. We gave an entire plan of the coup where they decided to open over 400 temporary camps, and according to my recollection also about 20 barricades in Colombo just after 12.00 midnight. They had named some retired forces officials to be in-charge of the areas, including the areas in which the persons in service were stationed. Therefore we knew they are going ahead with the coup. That was averted due to these reasons; firstly, since we complained in advance to the Elections Commissioner and he took immediate steps to issue the appropriate directions to the forces and the Police, including the Defence Secretary. Secondly, I requested for the agents of the candidates to be accommodated at his office on the night of the election when the results were being released and he did so.

Thirdly, and most importantly, he issued a serious warning that changed the entire history of this country. He said not to shoot the violators below their knees, but rather to shoot them on their heads. These few words are historical that protected the democracy, and even though he may not have had a legal basis for saying it, he still said it and that showed the people how serious he was. The idea was for the restoration of democracy and for that purpose of this solitary sentence by the EC is like another Magna Carta, which restored the democracy.

The whole political history of our country was changed. This was a jab to all the loyal supporters of the then regime who were holding high posts in the forces and the Police. Fourthly, the Opposition Leader gave a stern warning. If the Police or the forces do anything illegal, we will take serious action against them and they will have to pay the heavy price for it. And finally, while the coup attempt was being hatched, and to our knowledge, about two or three senior politicians who alarmed and warned the President about the danger of going ahead with the coup.

There is no conclusion they did, it is still open and the presumption of innocence prevails. The CID and the AG are going ahead with the inquiry. So we won’t go to interfere with that, we will let them come to an independent finding.

The alternative story given by the previous Defence Secretary Gotabaya Rajapaksa is, that it was merely a curfew they were trying to impose to avoid a possible riot resulting from the unprecedented Rajapaksa loss. 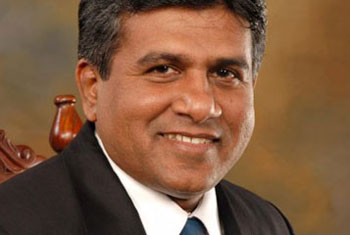 No. It is false, it is completely false. They themselves are the very people who are responsible for all the tension, unrest and division in the country. So long before the election they had created a situation where there could be riots. But in 1994, when Chandrika Bandaranaike became the President, she changed the political culture and said that all the organizers after 4 ‘O clock after the ballot boxes were sealed, must convert all your SLFP branches into a Peace Council and if an incident happened that the organizer would be made responsible and punished. This time also the President and the Prime Minister asked all the organizers to follow the same. And categorically the EC also pointed out that no rallies, pageants or anything. People have passed that era and they will not be fooled by these stories.

Another thing he pointed out was that they would not have summoned the IGP and the AG there if they were going to stage a coup. What can you say to that?
What happened was that they attempted the coup, but failed and could not execute it. Then they have got the AG, this is the information and CJ to give further advice as to how he can remain for the balance two-year period. We didn’t make any allegations against the AG because he did an advisory role to the President, but the Head of State cannot get advice from the CJ. We have nothing against the IGP and the AG, but the forces were not necessary there. If it is to impose a curfew, you can do it through the Police, and only if there is a situation that the Police cannot handle, the forces should be called in. They know this better than anyone. Once it is declared, the system will come into operation.

[adopted form an longer interview appeared in the Daily Mirror]