In a desperate attempt to win over voters President Mahinda Rajapaksa has imported huge amounts of wrist-watches and clocks with his label to be distributed among population.

This kind of distributing gadgets to win elections has never seen in Sri Lanka before. Elections Commissioner has already stopped number of such schemes planned by several ministries. 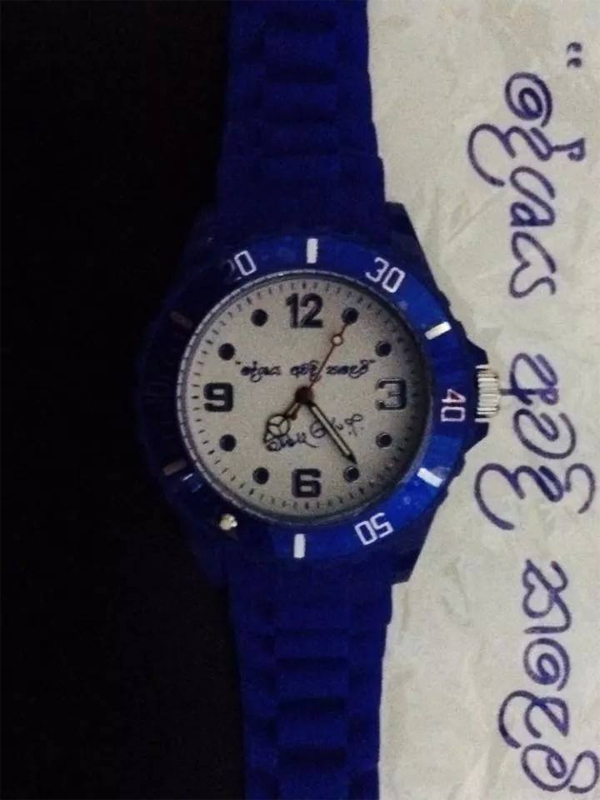 The opposition alleges that Rajapaksa regime has ordered ship lords of bicycles, sewing machines, water pumps from China to be distributed in the last week of the presidential election.

Instead of political awareness campaigns the regime is more and more leaning towards bribing the voter in the expense of the Government to win votes.

A political commentator told SLB that the politics of bribe is the real nature of the regime, whether it is to buy the opposition politicians or voters. The degeneration of political culture is aptly reflected in thsese practises, he added. 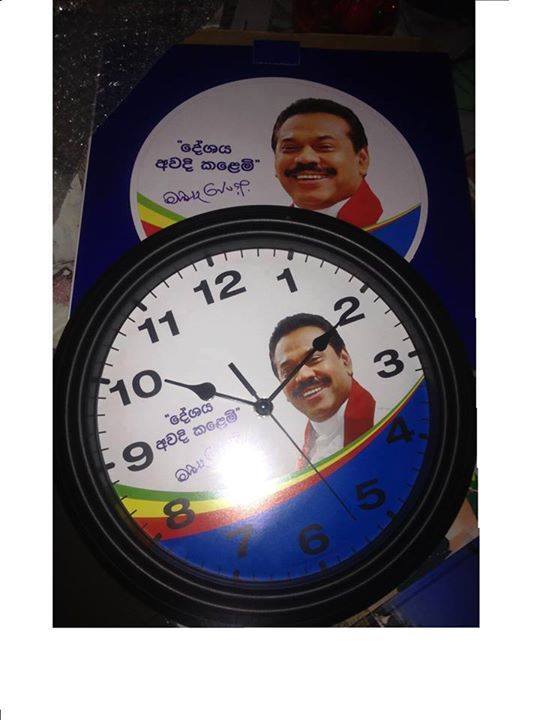