The protest march organized by People’s Movement for Democracy (PMD) under the theme “No third term for Mahinda! No illegal presidential eelction” in Colombo today (18th) has been concluded and the rally is being held now at Prise Park at Gunasinghepura. 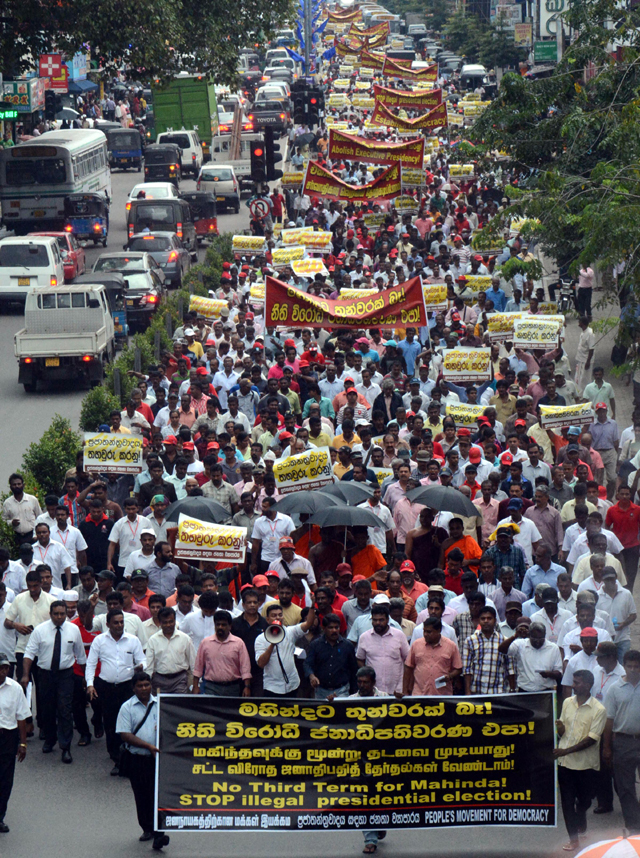