Buildings and the land used by Tamil villagers of Kalladi in Verukal division in Trincomalee district for several years for a pre-school have been appropriated by the chief prelate of the Buddhist temple located near the site. As usual Tamil parents took their children to pre-school on Friday morning but the monk standing in front of the pre-school gate refused to allow the children to enter the class room. The monk had then locked the gate and doors of the pre-school building. He claimed that the building was needed to construct a Buddhist Vihara.

The parents and the children along with the residents of the village thereafter held a demonstration on Friday demanding that the pre-school building and the land should be handed over to them for running the pre-school as they have been using them for several years.

The Buddhist prelate further warned Tamil villagers that the pre-school building was constructed on the lands that belonged to a Buddhist Vihare.

But, the Tamil villagers said that the land belonging to the preschool was not part of the lands identified by the Sri Lankan Archaeological Department for archaeological purposes.

On receipt of information teams of Sri Lanka Army and Sri Lanka Police led by Officers- in Charge of Seruwila police division and the Verukal PS Chairman rushed to the site to confront the Tamil protestors who were agitating against the Buddhist monk.

The monk was adamant that the said land where the pre-school building belonged Buddhist Vihara.

Colombo attempts to seize lands of Sivan temple in Ampaa’rai 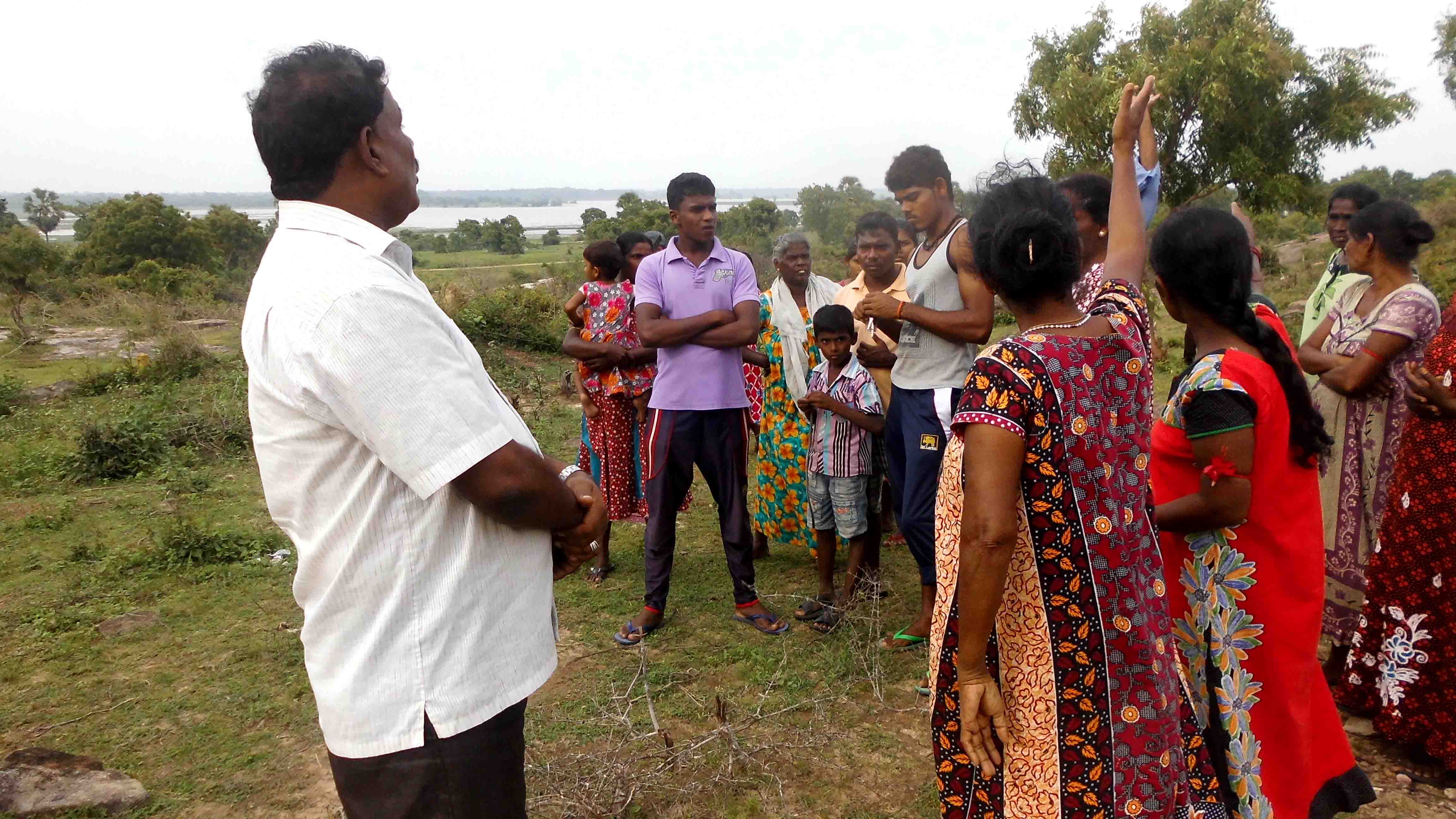 Sri Lankan Archaeology Department officials, with the backing of the occupying military and police, have been attempting to seize lands belonging to a 75-year-old Siva temple and lands that belong to Eezham Tamils at Va’laththaap-piddi in Chammaanthu’rai division of Ampaa’rai district, says Eastern Provincial Councillor M. Rajeswaran. Following complaints from the people, the EPC councillor went to the spot on Tuesday and confronted the Archaeology Department official who was claiming access to the land with a Gazette notice issued by the genocidal State of Sri Lanka.

“I told the Sri Lankan military and police officers who were present there with the Archaeology Department official that Tamil people will not allow the seizure of the lands in the name of the Sri Lankan State,” Mr Rajeswaran told media on Friday.

The SL Archaeology Department is trying to excavate one acre of the temple land and 10 acres of lands belonging to Tamil civilians.

As the people had foiled previous attempts to seize the lands, the SL officials and military commanders chose to come after the Colombo government published a gazette notice, he said. There were archaeological artefacts in the lands according to the Gazette notice. But, people have owned the lands for ages, the EPC councillor said.

The Tamil people at the area said they will fight against the SL State move to seize their lands. The Divisional Secretary of Chammaanthu’rai has told the Tamil residents that the move was taking place without the knowledge of the DS, the residents further said.