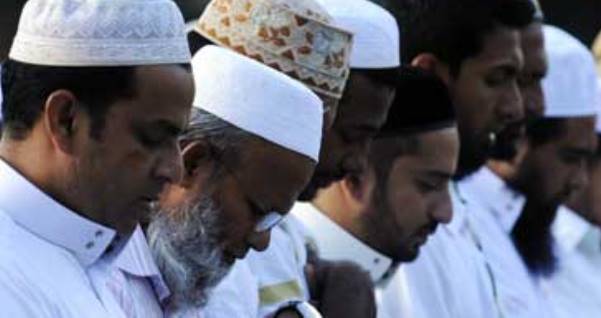 I believe that in the present series of articles I have established, beyond reasonable dispute, that the two issues that supposedly constitute existential threats to the Sinhalese, namely Muslim extremism and Muslim population growth, are really non-problems. The other issues that have been bedeviling Sinhalese-Muslims relations, sometimes for decades, can be settled quite easily or at least without much difficulty, provided that the Government has the will to take appropriate regulatory and punitive measures. I have in mind the supposed economically privileged position of the Muslims, cattle slaughter, the use of loudspeakers for the call to prayer, the proliferation of mosques, and so on.

I will make a few observations on some of those issues, none of which really requires in-depth treatment because none is really intractable. But before doing that I will substantiate my point that they can be settled without much difficulty provided the Government has the will to take appropriate measures. It has been the practice of our Governments, the present as well as previous ones, to allow issues between the Sinhalese and the Muslims to fester rather than confront and settle them. For instance the other day a newspaper carried an item stating that a Cabinet Minister had alleged that Muslims are becoming predominant in numbers in several towns including Colombo, Galle, Kandy etc. Probably that is true, the probable explanation for which is that outside the Eastern Province our Muslims have always been an urban people and it has to be expected therefore that with hectic economic development taking place more and more of them will respond to a gravitational pull towards the urban centers. But all the same it will be widely assumed that the Minister’s statement confirms that the Muslims are proliferating like cockroaches and insects and will before long become the dominant majority. I have refuted that notion, so has Rajan Philips in an excellent article, and possibly others have done so as well. The Government should have no difficulty whatever in getting an expert study made and putting a stop to nonsense about the Muslim population explosion. But no one would expect the Government to do anything of the sort. That would not accord with the style of our Governments in nation-building.

My contention is that there are indeed issues bedeviling Sinhalese-Muslim relations, but the real problem underlying them is that successive Governments have failed, or rather refused, to deal with those issues, none of which has been really intractable. The point I am making is crucially important for a proper understanding of our Muslim ethnic problem. I will therefore cite another example – apart from the one cited above – to illustrate my point. Until the BBS started its hate campaign about two years ago hardly any Sri Lankan was even aware of halal certification as a problem. It was quite unlike cattle slaughter and the call to prayer which have been with us for decades. Yet it became the center-piece of the BBS campaign which led to the Muslim ethnic problem acquiring a dimension that has made it an internationally recognized one.

How on earth did that come about? There are Muslim minorities in practically every country of the world, sometimes numbering many millions, and yet there has been no major problem over halal certification in any of them, certainly not a major problem wrecking ethnic relations. Why has that happened only in Sri Lanka? In finding an answer, it will help to ask what is involved in halal certification. Traditionally our Muslims had no problem about identifying what food items they should or should not buy, but with the wide spread of packaged synthetic food the problem of identification arose because they could contain forbidden ingredients without that fact being declared on the packages. There was therefore a need for halal certification, and the ACJU met that need. It was found also that our exporters would be badly handicapped in certain markets without halal certification, and the ACJU obliged by meeting that need as well. There was nothing clandestine, nothing criminal, nothing deleterious to the national interest in what the ACJU was doing in connection with halal certification. The BBS thought otherwise for reasons that need not be explored here because the important point is this: although there was nothing intractable about the issue, nothing that could not have been easily settled through Government intervention, the Government refused to take any action towards that end, until a late stage by which time the anti-halal campaign had done much to wreck Sinhalese-Muslim relations.

I will give a concrete instance of what I have in mind. Some years ago former Chief Justice Sarath Silva gave sensible rulings on the use of loudspeakers, which could have eliminated the issue of the mosque calls to prayer. But I am told that the law is too often observed in the breach. The Government could be reluctant to take punitive action for fear of losing Muslim votes or for some other reason, so that it is up to the civil society to exercise pressure towards that end. If the civil society is not dynamic enough for that purpose, we can expect the loudspeaker and other Sinhalese-Muslim issues to go on festering, and Sri Lanka will remain what it is today: a multi-ethnic society devoid of a sense of unity worth speaking about.

I will conclude this article with a few observations on two issues which could have more serious consequences than most of the others. The first is cattle slaughter which – in theory at least – could rouse Buddhist sentiments in a dangerous way. That has not really happened up to now, but it has the potential to do so. On this, and indeed on all the other issues between the Sinhalese and Muslims, we must all abide by a fundamental principle, which is that no one irrespective of ethnic identity should be faulted for acting within the law. The Sinhalese Buddhists are dominant in this country and they are dominant in the Government also, so that if the Government allows cattle-slaughter it should be an issue between the Sinhalese Buddhists and the Government, not between the Sinhalese Buddhists and the Muslims. Any ill-will towards the Muslims on the score of cattle slaughter, which is to say on their acting within the law, should be regarded as morally inexcusable.

Certain misconceptions have to be clarified, the most important of which regards animal sacrifice, which is usually a feature of primitive religions. The crucial difference is that in the primitive religions the sacrificed animal is supposed to feed the Gods whereas Islam is explicit on the point that God does not need food from humans. All that happens during the Bairam festival is that Muslims increase their consumption of meat. Besides, the meat is distributed to relations, friends, and the poor, so that the festival becomes an occasion for affirming social solidarity and compassion for the por. I just can’t see that our Buddhists should find anything morally objectionable in any of that.