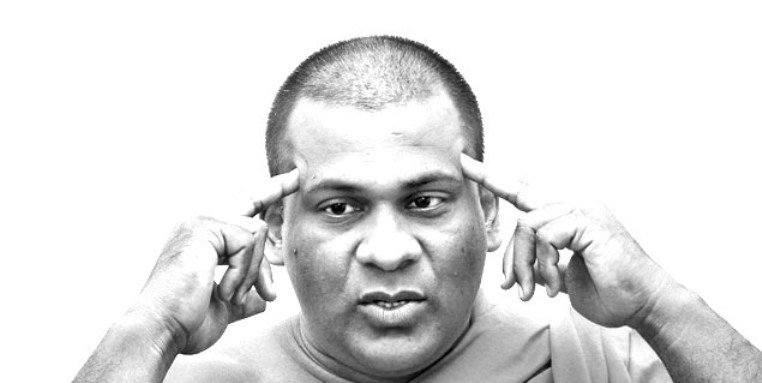 [Ven. Gnanasara ]
As the government represents people from all social and ethical backgrounds, President Mahinda Rajapaksa is the ‘genuine’ common candidate of the nation, General Secretary of the Bodu Bala Sena (BBS) organization Ven. Galaboda Aththe Gnanasara Thero has said.

Ven. Gnanasara made this announcement at a press conference held in Colombo, on 28th October.

“By any mean, it is not our duty to contest for the elections. Even in the history, it was monks who guided their successors to the throne. Likewise, we do the same,” Ven. Gnanasara has said.

Anti Muslim Gnanasara Thero further said that “There is no other country that treats the Muslims so good like in Sri Lanka. If so, I ask the Muslims what reasons led not to vote for the government,”.