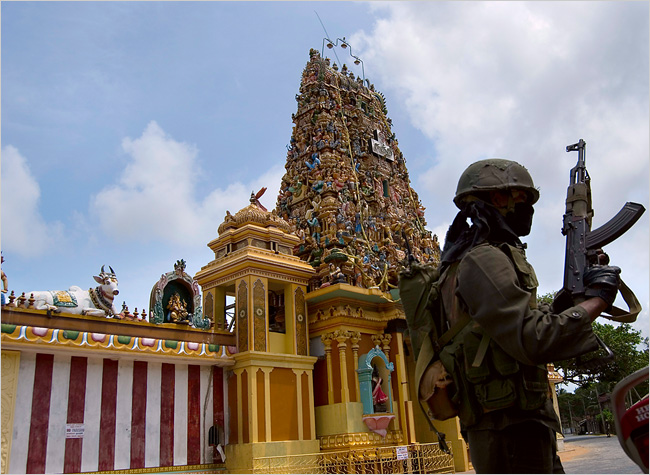 ‘They see in cantonment system a bid to establish Sinhalese settlement’

The heavy presence of the army in the Tamil-speaking areas of Sri Lanka, after the cantonment system was introduced, has prompted fears among locals about Sinhalese settlement, the Leader of the Eelam Peoples’ Revolutionary Liberation Front (EPRLF) and former Chief Minister of North-Eastern Province, A. Varadaraja Perumal, said on Tuesday. 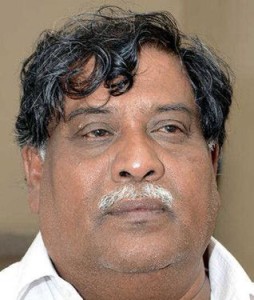 Talking to journalists here, he said that reducing the presence of the army would help the economy. Expenditure on security, accounting for one-third of the spending, was unnecessary, and the money could instead be used for education, health and roads.

As for the Narendra Modi government’s insistence on empowering the provincial councils under the 13th Amendment to the Constitution, he said it was India’s responsibility to ensure that the Rajapaksa government devolved powers to the provincial governments.

“When the Indo-Lanka accord was signed, we were made to accept it with a guarantee by the Indian government that the 13th Amendment will be implemented in totality. The Chief Ministers elected by the people in the Northern and Eastern Provinces have no powers now,” he said.

As for the attacks on Indian fishermen by the Sri Lankan Navy, Mr. Perumal said the India-Sri Lanka Maritime Boundary Agreement of 1974, which allows fishermen from both sides to fish in the Palk Bay without worrying about the border, was still valid.
By R. Krishnamoorthy
The Hindu