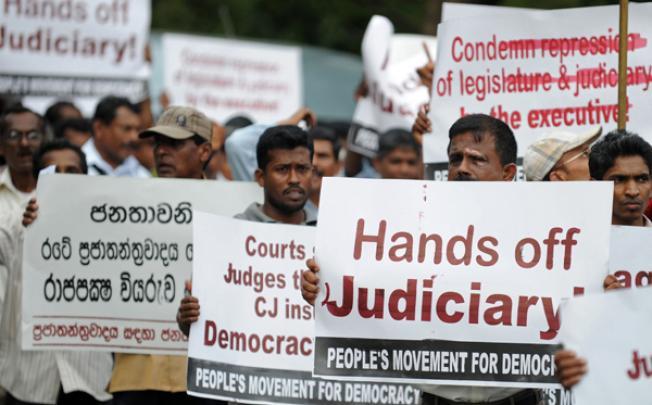 Leader of the ruling coalition partner JHU, the Technology and Research Minister Patali Champika Ranawaka says that Sri Lanka at needs constitutionally empowered institutions to ensure justice as well as accountability on the part of the government. He further says that these measures are necessary to restore public confidence in the electoral process, judicial appointments as well as the Commission to Investigate Allegations of Bribery or Corruption. Without such mechanisms there is no level playing field he has said.

Minister Ranawaka emphasises the need for a truly independent body to manage the electoral process. He has said that procedures adopted by the Election Commission of India ensured a free and fair election. Unlike the Election Secretariat here, the Indian body was constitutionally empowered to act swiftly and decisively, the minister has said. According to him, what was proposed in the 17th Amendment to the Constitution didn’t even come close to the Election Commission of India.

Minister Ranawaka made there comments in a discussion with the Island news paper.