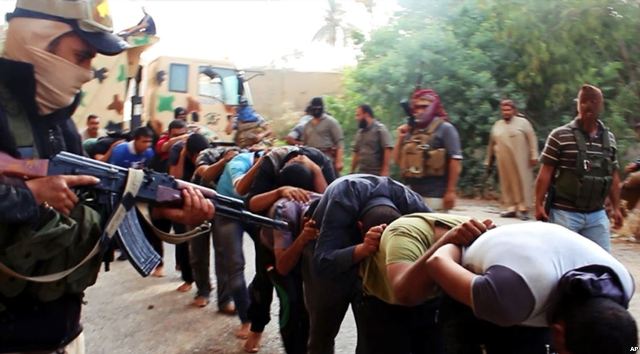 [Captured Iraqi soldiers by militants from the Islamic State of Iraq]
In a rare move, countries who opposes each other in relation to human rights issues at the UNHRC has come together have a special session on human rights situation in Iraq.

The Permanent representative of Iraq has requested to convene a special session of the UNHRC on the human rights situation in Iraq in light of abuses committed by the Islamic in Iraq and the Levant and associated groups on Monday, 1 September 2014.

The Group of Arab States, the Non- Aligned Movement, the Organisation of Islamic Cooperation and European Union have supported the request in a joint letter.

India, Cuba, Venezuela and South Africa, are among the council members that has not supported the request.