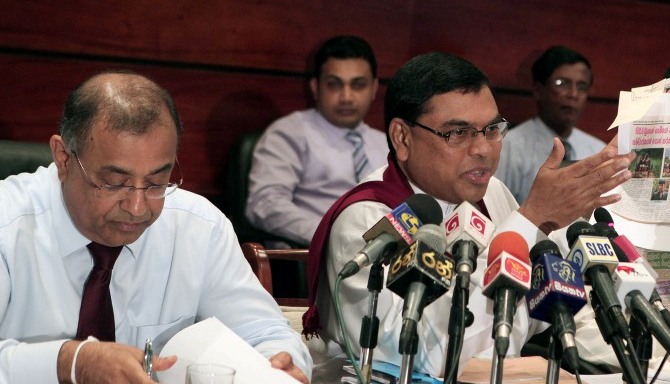 [P.B. Jayasundara, on the left is braned as the economic hit man of the regime]
The Government says Non-Governmental Organisations (NGO) which operate in non regulated environments has become a threat to financial management, inclusive development and law and order itself.

Finance Ministry Secretary P.B. Jayasundara said this while speaking at the Defence Seminar in Colombo today.

The Ministry of Defence (MOD) had recently warned NGO’s not to go beyond their mandate.

An MOD letter sent to NGOs notes that some of them conduct press conferences, workshops, training for journalists, and dissemination of press releases which is beyond their mandate.

He also said that computer crimes, drug trafficking and smuggling are risks associated with the global economy. (Colombo Gazette)