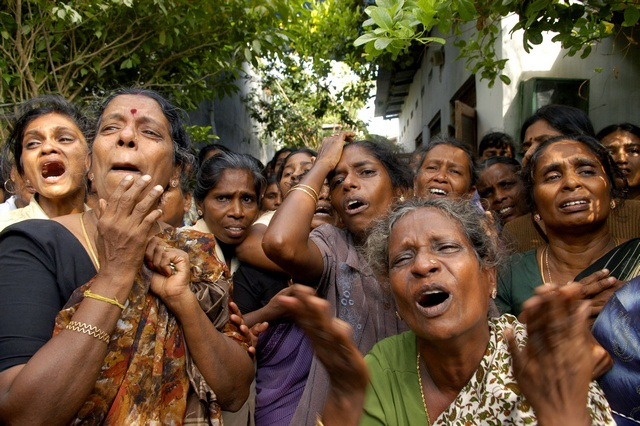 The Centre for Policy Alternatives (CPA) is deeply concerned by the Government of Sri Lanka’s (GOSL) dilution of the primary mandate of the Presidential Commission of Inquiry to Investigate into Complaints Regarding Missing Persons (COI). These concerns arise from the Gazette No.187/18, issued on 15th July 2014 expanding the mandate of the COI, of which the sole purpose was to investigate and inquire into disappearances in the Northern and Eastern Provinces during the period 1st January 1983 to 19th May 2009. CPA has from the inception of the present COI, attended and monitored its public sittings, engaged to ensure grievances of affected communities are given due attention and advocated for structural, administrative and policy changes to advance the long term goals of truth, justice and accountability. CPA fears for the integrity of the COI, in particular, that its primary task of investigating and inquiring into the thousands of missing persons in Sri Lanka will be severely curtailed by the present gazette. CPA therefore urges the authorities to take immediate steps to protect the integrity of the COI by revising the present gazette and introducing much needed structural and policy reform.

CPA’s concerns with the recent developments are twofold. Firstly, several questions arise regarding the expansion of the mandate to include inquiring into a wide range of issues spanning from violations of International Humanitarian Law (IHL) and International Human Rights Law (IHRL) including the recruitment of child soldiers and suicide attacks, to the criminality of financial and other resources obtained by the LTTE. While CPA recognises these are extremely serious issues that require independent investigations, the inclusion of such issues in the COI will severely hamper the truth seeking process and the addressing of the issue of the thousands of missing and disappeared in Sri Lanka. CPA in its numerous documents including its policy brief on the present COI issued on 6th March 2014, raised the critical point of families needing to know the fate of their loved ones if genuine reconciliation is to be achieved. Furthermore, CPA notes that the present COI was established as a result of a recommendation of the Lessons Learnt and Reconciliation Commission (LLRC) (5.48), a commission established by the present GOSL, which specifically stated that in light of the magnitude and sensitive nature of the phenomenon of disappearances and abductions, a separate and dedicated mechanism should be appointed to investigate complaints of disappearances. This point was subsequently included in the National Action Plan (under 9.51) introduced by the GOSL, a framework cited regularly by the GOSL as its primary mechanism to address post-war reconciliation. Moreover given the sensitivity of the information shared, CPA is concerned by the lack of victim and witness protection mechanisms that are crucial to the work of the COI. Accordingly, in the present context, the expanded mandate puts an even greater number of persons giving evidence at high risk.

Furthermore, CPA is concerned that an expanded mandate will overburden a COI that to date has received over 19,000 complaints but only managed to interview 462. CPA has monitored the public sittings and raised concerns about the nature of the sittings and provided recommendations to improve its operations to facilitate greater sensitivity for the grievances of the affected communities and to strengthen its primary mandate. In light of the large volume of complaints before the COI and the importance of the issue, CPA believes the expansion of the mandate to include aspects not directly related to the issue of disappearances is impractical, illogical and seriously erodes the integrity of the COI.

The second concern in terms of the new gazette is the inclusion of an Advisory Council of International Experts (The Council). The present gazette sets out in detail the expanded mandate of the COI but is deliberately vague regarding the terms of reference of  The Council. Many questions remain as to the nature of work of The Council and how they are to support/interact with the COI. A further concern is the independence of The Council. Media reports indicate that The Council is to be funded by the Presidential Secretariat and also cited past statements and findings of the three individuals named in the gazette, raising questions about the independence and impartiality that is required and expected of such an entity.

CPA is also concerned as to whether lessons have been learnt about involving international experts in domestic processes. CPA engaged with and critiqued a previous Commission of Inquiry mandated to investigate 16 past human rights cases, also known as the Udalagama Commission, which was overseen by the International Independent Group of Eminent Persons (IIGEP). The IIGEP faced numerous challenges in its work and departed within a year of being appointed, citing several reasons including interference by the State and ‘a lack of political will’ by the present GOSL. There is insufficient evidence of any genuine reform having taken place since the departure of the IIGEP, raising the question of as to why significant resources will likely be spent on an entity that is shrouded in secrecy, with questions raised about its independence, impartiality and integrity. In the absence of a clear mandate for (The Council). CPA is extremely concerned that the fate of the IIGEP or worse awaits The Council, thereby further eroding the prospects for truth, justice and accountability for the victims and their loved ones.

In light of the present concerns based on limited information available in the public domain, CPA urges the authorities to reexamine the latest gazette and to take immediate steps to protect the integrity and primary mandate of the COI of investigating and inquiring into the issue of missing persons and disappearances. CPA has consistently called for the need for independent and credible investigations into allegations of IHL and IHRL violations by all parties and reiterates this call.

The latest move by the GOSL appears to be yet another example of the lack of political will and interest in addressing key issues fundamental to achieving sustainable peace and reconciliation in Sri Lanka. It is time that the GOSL steps upto its own national and international obligations as well as past promises.