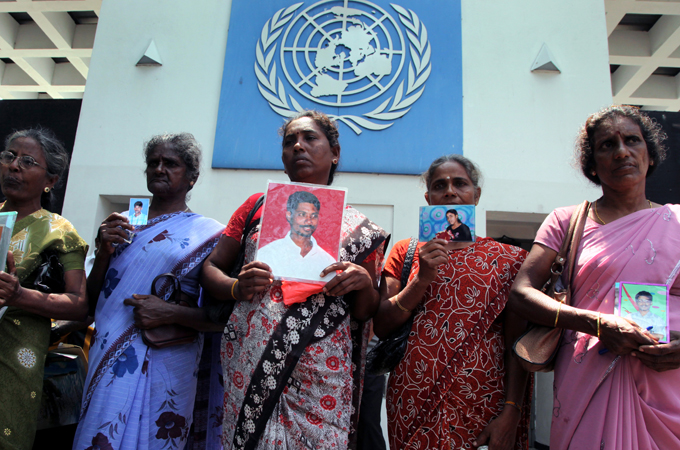 Contrary to media reports, the UN investigation panel inquiring into human rights accusations against Sri Lanka has not applied for visa from India to visit that country, an UNHRC official has told BBC Sandeshaya. The claim is based on a remark made by Sri Lanka Human Rights Commission’s commissioner Prathibha Mahanamahewa.

The UNHRC official said the panel has not applied for visa from India so far.

A spokeman at the the UNHRC office in New Delhi too, confirmed this to BBC Tamil Service.

In a letter to Indian prime minister Narendra Modi, Tamil Nadu chief minister Jayalalitha Jayaram has strongly objected to the reported Indian decision not to grant visa for the panel.

Sri Lanka has already declared that it would not allow the panel appointed by UNHRC chief Navi Pillai to enter the island.