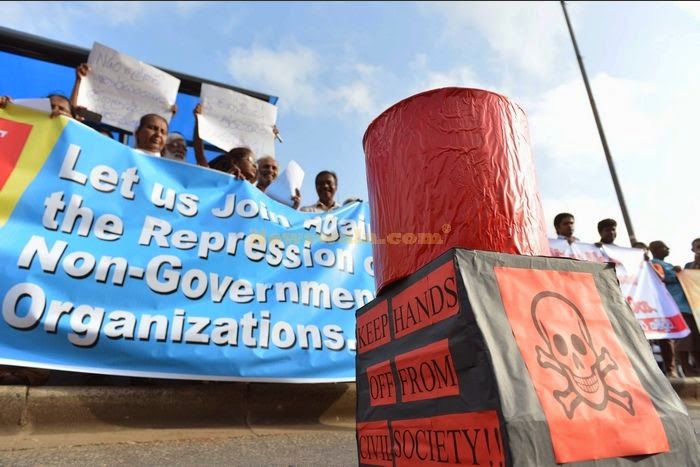 The Finance and Planning Ministry has informed all Non-Governmental Organisations that they should receive prior approval from the Ministry prior to obtaining foreign funds. The notice comes hot on the heels of the Government strongly criticising the foreign aid programme carried out by USAID.  It had planned to provide US$190 million dollars for a programme titled, Election Support Through Voter Education (ESVE)’ but later withdrew it following protests.

The “Notice” published in most of the national newspapers is addressed to “All government agencies, local institutions, civil society organizations, and the general public that due diligence be observed on the utilization of funds received from foreign funding agencies, INGO’s and any other source”.

In its notice, signed by the Director General of the Department of External Resources of the Ministry of Finance and Planning said that various complaints have been lodged at the Ministry regarding the utilisation of Foreign Funds, without adherence to local standards and structures.

“There have been different programmers including Micro Financing and other instruments being funded by various agencies without proper approvals and compliance to local and national requirements” the notice said.

The notice comes in the wake of a controversial circular issued by the Ministry of Defence earlier, banning Non-Governmental Organisations from conducting news conferences.