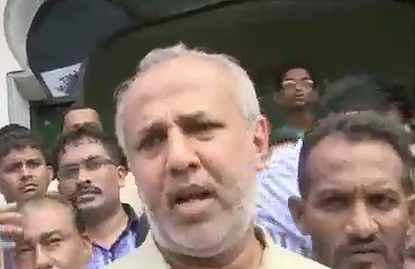 The Leader of the Sri Lanka Muslim Congress (SLMC), Rauf Hakeem today stated that he is “utterly ashamed” for not being able to even provide the minimum security for the Muslim people as the country’s Justice Minister.
The minister stated that he has visited Darga Town in Aluthgama and Chaina Fort in Beruwala, where clashes between religious groups broke out yesterday.

“Despite the previous existence of a risk for such a situation and despite the information possessed by intelligence units, we continuously talked about this situation for the past 3 days,” he told Ada Derana, over the phone.