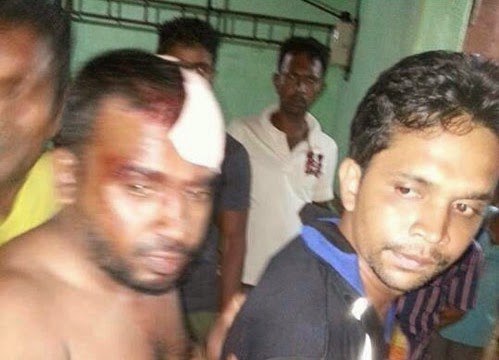 The Janatha Vimuthi Peramuna (JVP) which called the Aluthgama violence ‘totally unwarranted’   appealed to people from both the communities to exercise restraint and preserve law and order.  Addressing a hurriedly summoned news conference, JVP General Secretary Tilvin Silva said people should act intelligently, without allowing their emotions to reign.    He said the JVP was averse to racism and therefore it had been able to reach out to both the communities at this moment.
Mr. Silva took a swipe at the government over what he described as ‘the irresponsible way of handling the situation’.
“Certain groups are considering themselves as a law unto themselves.   Probably, the Government used such groups to arouse communalism for its political gain. The government is confronted with a lot of problems and as such may be considering to use communalism as a tool for political gain, “he said. (KB)