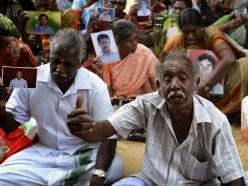 1556
The views expressed in this article are the author’s own and do not necessarily reflect Al Jazeera’s editorial policy.
Tags: Accountability, Sri Lanka, UNHRC, War crimes
Previous post SRI LANKA: The appointment and dismissal of judges is the sole privilege of the executive president
Next article Democratisation and Accountability have to go hand in hand in Sri Lanka