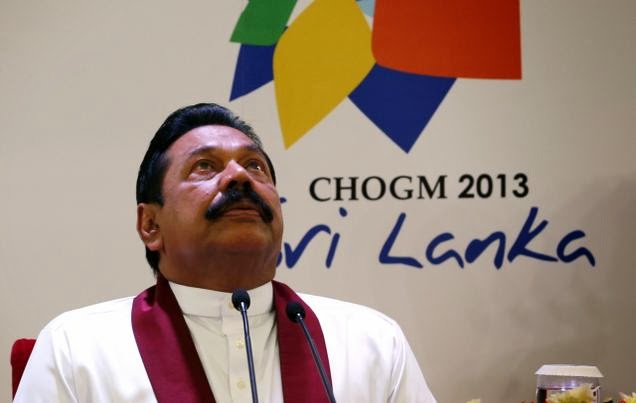 Sri Lankan President Mahinda Rajapaksa has invited main Tamil party leaders, including Chief Minister of the northern province C V Wigneswaran, to join hands with him for national reconciliation rather than looking for a solution from a “foreign nation”.
“I invite Mr (R) Sampanthan (TNA leader) and northern chief minister Mr Wigneswaran to join hands for the sake of peace and national reconciliation,” Mr. Rajapaksa said in the Parliament during a debate on the 2014 budget yesterday.

“All communities must come together in peace — not by hatred or malicious slander. It is time we showed commitment to national reconciliation,” he said.

“Rather than looking for a solution from a foreign nation we can find our own solution with which we can be proud of and present as an example to others,” Mr. Rajapaksa stressed.

Referring to the first northern election in 25 years, Mr. Rajapaksa said, “We created a provincial council for the north when there was no council. It was an important milestone in our democracy.”

He said his government was committed to strengthening of the public service in the Tamil regions with livelihood support and the expansion of the government’s tri-lingual national policy as means of the solution to the problem in the north.

Mr. Rajapaksa’s statement came ahead of a key UN human rights council session in Geneva in March where Sri Lanka’s human rights record will come up for discussion.