HomeFeaturesSevere repercussions if changes made to 13A , Menon told SLMC 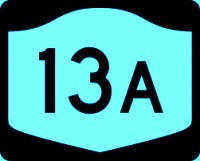 Indian Defence Adviser, Shiv Shankar Menon, had assured the Tamil National Alliance (TNA) and the Sri Lanka Muslim Congress (SLMC), that India would stand by the 13th Amendment and any attempt to bring changes to the Amendment, disregarding Indian concerns, would result in severe repercussions.
Soon after his arrival, Menon met the TNA delegation led by R. Sampanthan, in Colombo, on Monday (8) evening.

During his talks with the TNA, Menon had told the Alliance that India believed the 13th Amendment which was introduced under the Indo-Lanka Peace Accord, would pave the way for greater devolution of power that would address the Tamil question. He noted that India had already emphasized the importance of the 13th Amendment to the Constitution, on several occasions.

Menon had reiterated that India was not for making any changes to the 13th Amendment and the Indian stance had been conveyed to Minister of Economic Development, Basil Rajapaksa, when he visited New Delhi a few days ago, according to TNA Spokesperson, Suresh K. Premachandran. Responding to the Indian Defence Adviser, TNA Leader, R. Sampanthan, said while extending its support to protect the 13th Amendment, India should also ensure a free and fair poll for the Northern Provincial Council.

Sampanthan had also insisted that the Security Forces in the North should be confined to their barracks from the time the date of the election is announced, adding, the Security Forces should also not be allowed to move around and be involved in polls related activities, whether in uniform or civvies.

The TNA delegation comprised leaders and representatives of all five constituent parties, including the TULF Leader, V. Anandasangaree.

Meanwhile, in a separate meeting with the Sri Lanka Muslim Congress, led by Minister of Justice, Rauff Hakeem, New Delhi’s National Security Adviser reiterated that the proposed changes to the 13th Amendment, if implemented, despite objections by India, would lead to severe repercussion in the Lankan political scene.

Menon had also told the SLMC delegation that the Lankan Government should not rush to make changes to the 13th Amendment as it would affect the good intentions that are underscored through the amendment, with regard to settling the issues of the minorities in the island.