HomeNewsSri Lanka: Three things that can happen at 22nd session of HRC March 2013 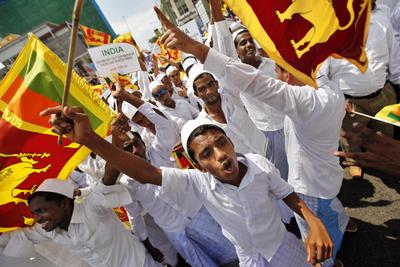 ”At the 22nd session of the HRC, scheduled for March 2013, three things are likely to happen. First, by that time the government of Sri Lanka will not have comprehensively implemented many of the Lessons Learnt and Reconciliation Commission’s (LLRC) positive recommendations. Second, the report about Sri Lanka delivered by the UN High Commissioner for Human Rights, Navi Pillay, will be at best lukewarm. And, lastly, the HRC is not likely to pass another resolution against Sri Lanka. Passing such a resolution would fly in the face of the history of the HRC”
Gibson Bateman, New York

As the 21st session of the United Nations Human Rights Council’s (HRC) ends on 28 September 2012, ongoing human rights developments in Sri Lanka will undoubtedly linger in the minds of many.
Observers will look forward to the country’s upcoming Universal Periodic Review, which will take place this November, and to the National Report the Sri Lankan government has submitted for consideration. Yet it is next year’s HRC session that is particularly intriguing.
At the 22nd session of the HRC, scheduled for March 2013, three things are likely to happen. First, by that time the government of Sri Lanka will not have comprehensively implemented many of the Lessons Learnt and Reconciliation Commission’s (LLRC) positive recommendations. Second, the report about Sri Lanka delivered by the UN High Commissioner for Human Rights, Navi Pillay, will be at best lukewarm. And, lastly, the HRC is not likely to pass another resolution against Sri Lanka. Passing such a resolution would fly in the face of the history of the HRC.

The fact that there is a historical precedent for inaction calls for posing new questions about Sri Lanka: what will the international community lobby for in the meantime? Is there a common set of principles or an agenda that could be agreed upon? Do people think economic sanctions are a good idea? Which LLRC recommendations must be implemented in full before March?

Targeted economic sanctions might be an option, though probably not an effective one. Importantly, as long as Sri Lankan President Mahindra Rajapaksa is in power, an independent international mechanism to investigate wartime atrocities is not a viable option.

Moreover, it is not clear whether people are genuinely satisfied with the National Action Plan (NAP) to implement the LLRC recommendations, which the Sri Lankan government recently made public. In a brief statement, the US embassy in Colombo praised the document’s release, although different conversations may be taking place behind the scenes.

In other circles the NAP has met with scepticism, and some have emphasised that the plan itself contains misleading, inaccurate and disingenuous information. Others have cited a lack of political will, institutional inadequacies and overly optimistic timelines or benchmarks. Human Rights Watch has said the NAP is more like a plan of inaction.

Since the HRC resolution was passed in March 2012, the Sri Lankan government has gone out of its way to strike a more conciliatory diplomatic tone with Western nations in Colombo and abroad. This is a wise move, but does not guarantee that the Rajapaksa regime will get through the upcoming Universal Periodic Review or the next two regular sessions of the HRC unscathed. That said, the possibilities for more resolute action at the HRC seem limited.

The LLRC’s Final Report contains many recommendations that deserve immediate attention, for example in relation to demilitarisation and land rights. The international community and political groups — especially the Tamil National Alliance — should focus on these and other issues related to humanitarian assistance in the short term. A degree of coherence and a consistent message are of paramount importance if upcoming advocacy efforts are going to have a meaningful effect.

Critics of the regime cannot forget that Sri Lanka’s human rights record has been on the international agenda for a while now — and that this level of attention will not last forever.

What happened at the end of the war was tragic, and people on both sides deserve to be held accountable for their actions. Perhaps because of this, some actors have unrealistic expectations about US foreign policy vis-à-vis Sri Lanka. The US government will probably continue to support the Tamil National Alliance (or other opposition parties) as long as the present regime remains in power. But that support should be viewed on a spectrum. In the years to come the US is unlikely to pay more attention than it already has to the plight of Sri Lanka’s numerical minorities and other human rights issues, irrespective of whether President Obama is re-elected.

Sri Lanka is a special case, but tragedy and urgency abound everywhere. New regimes in the Middle East will undoubtedly challenge US policy makers in the near future. Syria is still burning and will continue to do so in the foreseeable future. Meanwhile, North Korea, Afghanistan, Pakistan, and Iraq are also drawing US attention, as are Iran and a belligerent Netanyahu administration in Israel.

The US Department of Defense would love to strengthen ties (which are already quite good) with the Sri Lankan military because the island nation is one piece of a bigger geostrategic puzzle that will become more important in the coming years. Accordingly, people should prepare themselves for the possibility that the US will, in the medium-term, ease diplomatic pressure on the Sri Lankan regime for its human rights record and its apathy toward national reconciliation.

While advocacy is important and international assistance should be encouraged, Sri Lanka’s problems ultimately require Sri Lankan solutions. The way forward will not be easy, but that’s no reason for inaction. The administration in Colombo should show more leadership — continued prevarication is unhelpful.

Gibson Bateman is an international consultant based in New York City. He has worked for leading NGOs in Latin America, Africa and South Asia. His writing has appeared in many outlets including Groundviews, Foreign Policy in Focus and International Policy Digest.
(Original heading -Human rights in Sri Lanka: between the UN and the US )
September 28th, 2012